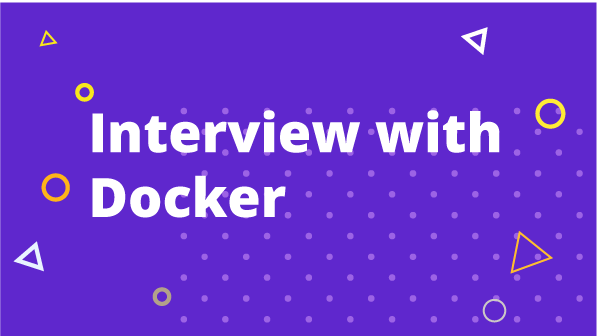 The following is a short interview with Succinctly series author Elton Stoneman, whose latest book Docker Succinctly was published on Tuesday, January 16. You can download the book here.

What should people know about Docker? Why is it important?

Docker is the industry-leading container platform. Containers are a new way of running applications in lightweight, sandboxed units. They’re portable, efficient, and easy to secure. Docker runs on Linux and Windows, and pretty much any server-side application can be packaged to run in a container. Some of the largest companies in the world are using Docker to power their modernization programs, whether that’s moving to the cloud, adopting DevOps, or refreshing their datacenter infrastructure.

About four years ago I was working as an API architect, delivering a suite of services running in Azure. Half the project was .NET apps running on Windows, and the other half was Java apps running on Linux. The Linux team started to use Docker early on for their dev toolchain—a git server, a CI/CD pipeline, and test environments—and I became really interested in how much time and effort Docker saved. By the end of the project we had all moved to Docker, and all the APIs running in Azure were in containers too.

By writing Docker Succinctly, did you learn anything new yourself?

One thing I learned was how stable the Docker platform is. The book actually went through a couple of revisions, with several Docker releases in between, and the code samples and most of the descriptive text stayed the same because it all just continued to work. I only needed to add new sections for all the new features.

How will Docker and containers in general change over the next few years?

The focus is shifting away from the container runtime, where Docker is already the industry leader, to higher levels like orchestration and the software supply chain. Orchestration is all about running clusters of machines with Docker swarms or Kubernetes to give you high availability and scale for your containers. The software supply chain is about establishing a secure way to get source code built, packaged, signed, and deployed through all your environments to production. Docker is at the core of it all, so it’s definitely a technology you can invest in learning, knowing it will be around for a long time.

Do you see Docker as part of a larger trend in software development?

My background is in enterprise IT, where software development and management is typically a lengthy, complex, and expensive part of the organization. I think there are three big trends addressing that right now, and Docker underpins all of them. First, there’s modernization—companies wanting to move their existing apps to the cloud or to new infrastructure, and moving them to containers first makes that much easier. Then there’s DevOps, where having a common language for dev and ops people and a common set of resources to work on—like Dockerfiles and Docker images—makes it much easier to integrate those teams. Lastly there’s “cloud-native” architecture patterns like microservices, where small components can be developed and deployed quickly and safely, running in Docker containers.

What other books or resources on Docker do you recommend?

I definitely recommend my other book, Docker on Windows, and there’s always a stream of excellent content from the Docker Captains (Docker’s expert recognition program). It’s worth checking their blogs, Twitter feeds, and training courses on Pluralsight and Udemy. Docker, Inc., the company behind the Docker platform, has regular webinars and lots of videos on YouTube, and the annual conference for the container community is called DockerCon. There’s DockerCon in the U.S. and in Europe, and it’s a fantastic conference with a great atmosphere, lots of fun, and a huge variety of sessions.