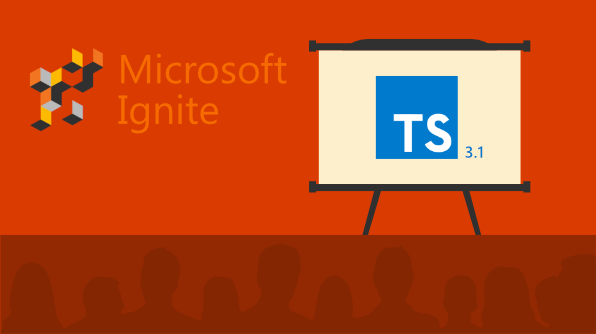 You may have noticed that we’re big fans of TypeScript here at Syncfusion. TypeScript 3.0 was released over the summer, with its new unknown data type and parameter lists as tuples types, which were lovely but not mind-blowing. TypeScript 3.1 is already on the way, though, with Microsoft having recently released it as a release candidate.

Microsoft is teasing TypeScript users with support for mappable tuple and array types using existing mapped types, like Partial. It’s also making it easier to migrate to TypeScript. The language’s traditional namespaces, Microsoft developers admit in their blog, haven’t “aged well.” They are specific to Typescript and don’t merge with declarations like var, let, or const, making migration quite difficult. TypeScript 3.1 has become “smarter” and fixes this difficulty. In particular, migrating an untyped React codebase kept hitting this snag, but this fix coupled with the support for JSX.LibraryManagedAttributes introduced in TypeScript 3.0 should give a great deal of relief to developers who have become frustrated with it in the past.

On the other side, now that TypeScript generates built-in declaration file libraries, in particular lib.d.ts, many vendor-specific types are gone, so declarations will have to be added locally for those who need them. Narrowing functions have also been changed so that errors may be thrown when the typeof foo === “function” type guard intersects with “relatively questionable” union types composed of {}, Object, or unconstrained generics.

If you are considering trying out TypeScript, but you don’t know where to start, check out our free ebook on the topic, TypeScript Succinctly by Steve Fenton, which will have you developing with the language in 82 pages. If you’d like to play around with TypeScript controls, we have over 50 available in our Essential JS 2 suite. If you’re new to Syncfusion, you can test out these tools with our free, 30-day trial.

TypeScript 3.1 is set to be officially released at the end of September, likely during Microsoft Ignite this week. If you’re attending, we’d love to see you! Come visit product manager Chad Church at booth #235 to see what’s new in our offerings. See you in Orlando. Source: Microsoft

What are you looking forward to in the future of TypeScript or our own Essential JS 2 controls? Is there something at Microsoft Ignite you’re especially excited about? Let us know in the comments below or on Facebook or Twitter.