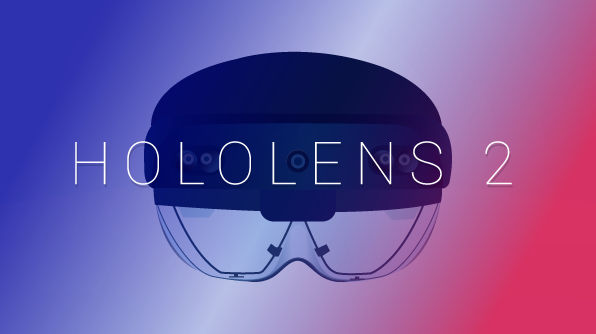 Four years after Microsoft introduced the first HoloLens to the world, it has finally presented the new and much-improved version 2. The mixed reality headset benefits from its creators’ attention to customer feedback on the first version and from a massive technological upgrade.

The major complaints for HoloLens 1 were about how uncomfortable it was to wear, and how narrow a user’s field of view was. HoloLens 2 dramatically improves these aspects.

Physically, the HoloLens 2 is only a little lighter weight than the original. Now, though, you won’t topple over from that weight being solely concentrated on the front of the headset. Developers have moved the battery and processor to the back of your head, evening out the center of gravity to around your ears. The heat from these components is piped away from the user by redesigned thermals. Early testers of the headset say it’s easier to put on and appreciate the fact that the visor can now be raised if you need to interact with someone in person. Side view of HoloLens 2. Source: Microsoft

Twice the field of vision

The HoloLens’s field of vision has been doubled thanks to new technology developed by the HoloLens engineers. Their revolutionary microelectromechanical system (MEMS) display is a combination of lasers and tiny mirrors that direct the light to reflect off the visor, two layers of etched glass called waveguides. Combined, these elements project the holograms into your field of vision. While it’s still not a completely immersive visual experience, it’s a vast improvement.

Also praised as a dramatic upgrade is the eye-tracking sensors. Tiny cameras on the bridge of your nose identify the location of your pupils and then track their movement to align the holograms with your visual focus. This facilitates the interactivity of the device. Speculatively, the system could also use these cameras for retina scans as a security measure.

With the HoloLens 1, users had to learn an array of awkward motions to interact with the AR set. Now, the technology recognizes more common gestures and is better able to identify and track users’ hands. Users can tap buttons and move sliders in motions made intuitive by other technology they’re accustomed to. Hololens 2 is also much better at mapping reality. It uses an 8-megapixel camera and Azure Kinect sensors to identify objects and their relative locations in a room with precision.

For a more complete and lengthy description of HoloLens 2’s new features, check out the article from The Verge.

Microsoft has designed HoloLens 2 for corporate customers. In fact, they will only be selling devices to enterprises intending to implement them in work environments. For example, workers in factories or, in general, places where products (or people) are made or fixed will use them. This version of the mixed reality headset is a huge advancement from the first one. It still has quite a way to go, though, before being ready for entertainment purposes, technically and content-wise. For businesses looking to utilize the HoloLens 2, Microsoft is waiting on government authorization but currently taking preorders at $3,500 a set, with shipments expected to begin this August.

Have you tried out the HoloLens 2? What do you hope to be able to do with it? Let us know in the comments below or on Facebook or Twitter.