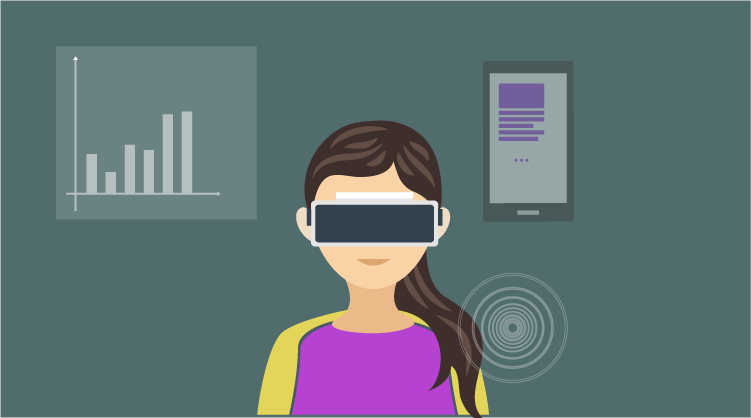 Augmented reality and virtual reality have been having a moment in recent years. For those unfamiliar with the distinction between the two technologies, they each seek to lower the barrier between users and data. As outlined in a Tech Times article last year, the differences arise in the manner in which the technology approaches the real world.

Augmented reality (AR) is the combination of virtual data and real life such that users can identify and interact with virtual content while inhabiting a real space. This could be as simple as seeing an image that only exists as a projection on a screen, such as a smartphone, or as complex as a controllable interface. AR applications can allow a user to interact with systems that they can only recognize through the use of associated technology, but which is integrated in the real world.

Virtual reality (VR), on the other hand, is an artificial space distinct from reality. In this sense, video games can be considered a common, if simple, form of VR, as the digital worlds within them are separate from reality. More advanced VR technology strives to isolate users from the real world during use, immersing them in an entirely constructed reality without the confines of a distinct screen. While it is possible for a VR interface to control something in the real world, the user can only recognize and interact with that interface from within the virtual space itself.

Of the two technologies, augmented reality has so far been seen as the more viable choice. If people exist within the real world, it makes sense to find ways to connect applications to that world instead of spending the time and capital creating an artificial one. However, the abrupt end of Google Glass has cast doubts on the extent to which companies can succeed with AR technology.

Into this space comes a new generation of virtual reality interfaces. Monday saw the unveiling of the first commercial units of the Oculus Rift at this year’s Electronic Entertainment Expo. Unlike something like Google Glass, the Oculus Rift totally covers the user’s face, eliminating any view of the world and limiting their vision to the screens within the device. As the user’s vision is limited, so is the Rift’s purpose: it currently exists only to bring users ever closer to the digital worlds of video games. In fact, video games are the primary focus of the current wave of virtual reality devices. PC-gaming juggernaut Valve has been experimenting with virtual reality in the form of SteamVR and a partnership with HTC, creating the Vive, an Oculus Rift competitor. Microsoft has partnered with Oculus to make the Rift compatible with the Xbox One and Windows 10.

Yet not every player in the VR field has so narrow a vision. Oculus was purchased by Facebook in 2014, and Facebook CEO Mark Zuckerberg clearly has plans that reach farther than merely improving the experience of video game players. As outlined in the acquisition announcement and reconfirmed last week, Zuckerberg envisions VR as a new avenue to “play games, watch movies and connect with your friends, all in ways that you’ve never experienced before.”

And despite the seeming ascendance of VR, AR technology is not yet out of play. Microsoft’s HoloLens uses holograms to bring virtual images into reality, a solution the company refers to as “mixed reality.” Unlike many other AR solutions, the HoloLens aims to create new workspaces for applications rather than simply layering information over the real world. For instance, a table could become the staging area for a three-dimensional model of a product which hasn’t even been manufactured yet. On the entertainment side, video games such as Minecraft could be brought into a physical space, allowing players to interact with the game as if it were a set of blocks. Since the HoloLens will be powered by Windows 10, it should be easy to find ways to improve existing applications and ideas, making the transition to such a potentially revolutionary technology smoother.

For now, a future of holograms and virtual interfaces is still on the horizon. The first commercial units for the Oculus Rift will not be available until 2016, Microsoft has not yet announced the release date for the HoloLens, and other companies in the field have not suggested they will release any sooner. Fortunately, that provides plenty of time to consider the possible ways this new hardware could affect application development. Perhaps now is the time to brush up on 3-D modeling with Direct 3D Succinctly, especially since Direct3D 11.3 and Direct3D 12 are expected to ship with Windows 10. Or perhaps you have suddenly realized an innovative new use for your signature app. What do you think about virtual and augmented reality? Let us know in the comments.