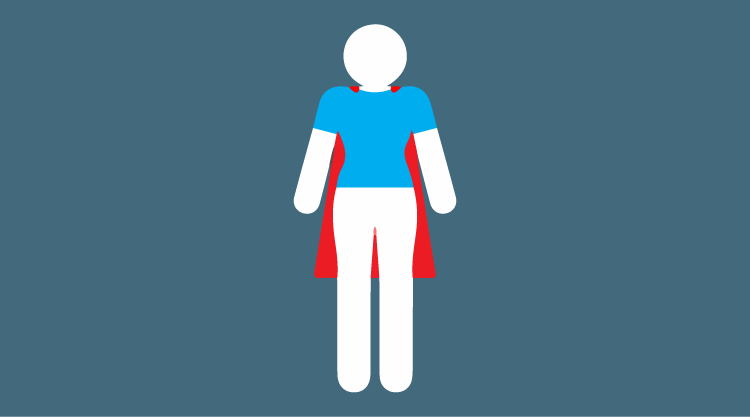 Axosoft’s “She’s Not a Myth: The Female Techie Exists”

I listened to Axosoft’s webinar, “She’s Not a Myth: The Female Techie Exists,” on October 21, 2015. The webinar touched on the importance of increasing diversity in the workforce, and expanded on ideas for attracting women applicants, creating an inclusive culture, and branding your company as woman-friendly. Although the “myth” that these women don’t exist or are hard to find was not directly mentioned, the presentation encouraged viewers to be mindful of perspectives of women’s roles in business and technology. The challenge in today’s technology companies, according to presenters Trista Sobeck, Sara Breeding, and Lauren Hodgson, is that only a tiny percentage of women in technology are touching the code, forming strategy, or making leadership decisions.

Why is this a problem? It’s a problem because diversity can actually improve product development and a company’s performance. The presenters alluded to research demonstrating this. For example, a recent Catalyst article noted that “Fortune 500 companies with the highest representation of women board directors attained significantly higher financial performance, on average, than those with the lowest representation of women board directors.”

Additionally, according to the McKinsey & Company, a global management consulting firm, “Correlation is not necessarily cause, but the correlation between organizational excellence and women’s participation in management bodies is nonetheless striking.”

The implication here is that the lack of diversity can actually pose an opportunity cost to organizations that are not inclusive. Increasing diversity could lead to an organization increasing its competitive advantage.

What are the advantages of diversity in software development? As noted by Anne Marsan in “Why Workplace Gender Diversity Matters,” “balanced teams are more innovative and better at problem solving.” In addition, diversity can help you connect with customers, as women represent 50% of consumers; this is especially important if you are building consumer software applications or devices. According to an Anita Borg Institute white paper, “Patents by mixed-gender teams are cited more often.” The paper specifically references “An analysis of women’s participation in IT patents by NCWIT in 2007 found that U.S. patents produced by mixed-gender teams were cited 26 to 42 percent more frequently than the average citation rate.”

As a software company with a woman CEO, Lawdan Shojaee, Axosoft is in a unique position to address the role of women in technology. Sara Breeding, marketing unicorn at Axosoft and co-creator of the #ItWasNeverADress campaign, said it is trying to shift perceptions of women in all spaces—specifically in the technology field. To symbolize this campaign, Sara and her team reimagined the typical symbol for women—the symbol most of us see on restroom doors. Instead of a dress, she said, they envisioned it as a superhero cape. After Breeding spoke, her colleague Lauren Hodgson, employer brand strategist at Axosoft, gave suggestions for how to attract and retain top female talent. She also stressed the importance of changing employer culture to be inclusive of women and all potential talent. This means employers should not only focus on hiring women, but rather focus on attracting top talent, which can include women professionals.

· Step 1: Be the workplace the women want to work in. Creating a culture that is open-minded means that all types of people, regardless of gender, orientation, or race, can do great work.

· Step 2: Articulate how you are the workplace that women want to work in. Hodgson suggested creating a list of company assets and then creating a value proposition of what it is like to work there—essentially a summary of the company’s culture. She gave the following example of the list Axosoft uses: · Step 3: Share how you are the workplace that women want to work in. Specifically, Hodgson suggested to show what you value, to speak their language, and to do something to make it known. For example, Pinterest highlighted images of women employees speaking at conferences. A female engineer at Rackspace was part of the #ILooklikeAnEngineer social media campaign and the company promoted it.

So, those tips all beg the question: What kind of workplace do women want? This question was posed in the question and answer portion, in the context of how a start-up can create incentives for women. Both Sara and Lauren agreed that in this context, women are looking for opportunities to get in on the ground floor and effect change. Women want a level playing field and the opportunity for advancement. How a woman can grow and contribute professionally are two key aspects of what would attract them to a start-up or to a larger organization.

Another participant asked “What if you are at a company that does not have senior leadership buy-in about the value of diversity and inclusion?” Then, Hodgson noted, it is up to you to help educate management to help them gain a different perspective, and also to frame the issue in terms of how this initiative can help generate better business results. She gave the example of a program she saw in which all executives had to read the Sheryl Sandberg book Lean In and discuss it.

A final highlight of the question and answer session was, “How is this not something like discrimination?”. Hodgson explained that the #ItWasNeverADress campaign is about being mindful of the employer brand and culture, not about an attitude of, “we must hire women.” This webinar was about how to attract women in the recruiting phase and how to make them feel welcome in an inclusive work culture. Once you get female applicants into the process of interviewing and qualifying them for the role, it is up to you to decide if they are the best candidate.

If you would like to learn more about Axosoft’s #ItWasNeverADress campaign, visit their dedicated website or listen to a recording of the webinar. The site also has great tools and downloadable assets to help you be part of the change.