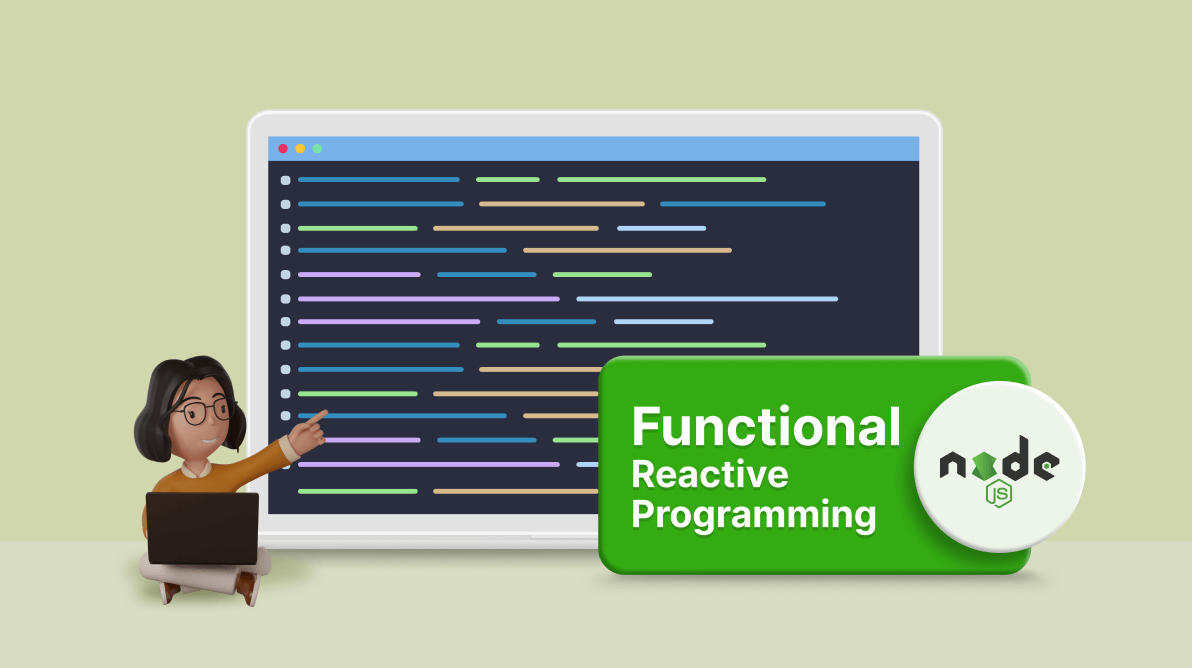 Modern web applications use real-time events to provide a highly interactive user experience. As developers, it is essential to be aware of the tools and techniques to handle them appropriately.

In this article, I will take you through the basics of the FRP concept with Node.js. Then we’ll develop essential components to achieve FRP using only Node.js streams.

What is functional reactive programming (FRP)?

First, let’s understand what functional and reactive programming is:

The goal of FRP is to describe things like user inputs in a more direct declarative manner by making their behavior more apparent. There are two main concepts in FRP as different data categories, events, and behaviors are involved. Events indicate a value at a certain time, and behavior reflects values that change over time. When these concepts are joined effectively, the entire program becomes a collection of events and behaviors.

There are many amazing FRP-inspired libraries, such as RxJS and Bacon.js. But we shouldn’t forget the Node stream interface for FRP and event streams. Sadly, popular FRP-inspired libraries don’t make use of FRP. However, they have similar functions like Rx.Node.fromStream() and Bacon.fromBinder() to provide streaming capabilities like Node streams.

So, let’s see how to implement FRP using Node.js streams.

Need for Node streams in FRP

Let’s define a simple problem we want to solve. Assume that we fetch data from a database, in this case, a list of numbers. Later, we multiply each number by 100, filter the ones with a value higher than 500, and compute their sum.

Let’s look at some potential drawbacks of this method. First, everything is kept in memory: the DB’s array is kept in memory. The memory cost can be enormous if there are hundreds of data points. Although map, filter, and reduce are helpful functions, the data set will rotate three times.

We can easily overcome such issues by using streams.

Before moving forward with streams, let’s quickly recap what streams are.

Streams are one of the essential notions in Node.js applications. They efficiently manage reading and writing files, network communications, and end-to-end data transfer. For example, when you tell a program to read a file, it reads the file from beginning to end into memory before being processed.

But, with streams, you read it piece by piece, digesting the content without having to retain it all in memory.

Streams are of four categories:

Let’s look at how we can solve the previously discussed problem with the help of streams.

Create a function named DB.getNumbersAsStream that returns the same results as DB.getNumbersAsArray in the previous scenario. But here, it’s as an object stream.

The complete code will look like the following and the stream.pipe() method helps us to connect the readable stream to the writeable stream.

In the previous example, we implemented our map function .map((number => number.value*MULTIPLIER) as a transform stream, and filter and reduce can be written in the same way. But it is not necessary to write each function as a transform stream. Instead, we can handle it somewhere else while hiding the transform instantiation.

While map and filter both emit values when the stream is running, reduce only emits at the end. We can’t predict the number of chunks (numbers) present in a stream, so we have to wait until the stream ends to emit the sum (reduced) value.

Next, we use map, filter, and reduce for streams so that we can reuse our business logic. Finally, we write our code in this manner.

This is just a basic example. The final code will look as follows.

With this approach, we can minimize the issues we had in the initial example. Memory is carefully managed because streams rarely overload your memory, keeping only the latest chunk. Furthermore, the data set is never cycled multiple times. Instead, every chunk traverses through the map and filter functions once before proceeding to the reduce function, which will also access the chunks one after the other.

Until now, we have tried FRP with Node streams, and it is clear that it increases code stability and facilitates debugging and testing. It is also possible to isolate all transformations into independent functions, give them appropriate names, consider the signature, and ensure sufficient coverage with testing.

Why functional reactive programming in Node.js?

Now that we’ve covered FRP basics with streams, it’s essential to understand why you should use Node.js to implement FRP.

The code is clean, fast, and has a small memory cost. The code is untidy because each map, filter, and reduce function is enclosed with a pipe function. We have two options: make the code chainable (.map().filter().reduce()) like arrays, or adopt a pointless code style. We can wrap the stream object to make the function chainable.

Functional reactive programming paradigms dramatically minimize the number of code lines needed to develop a feature. In addition, it allows our reactive codebase to be more readable and comprehensible since it downsizes the callback problems.

On the other hand, the FRP technique has some disadvantages:

When to use the functional reactive programming method in Node.js?

FRP might not fit everywhere. However, it is ideal in the situations such as:

FRP is more than a utility or a library. It shapes the way you architect and conceive apps. This article discussed the concept of functional reactive programming with Node.js streams along with its advantages, drawbacks, and applicability. I hope this article gave you new insight and many exciting features for your next Node.js application.

Syncfusion Essential JS 2 is the only suite you will ever need to build an app. It contains over 65 high-performance, lightweight, modular, and responsive UI components in a single package. Download a free trial to evaluate the controls today. 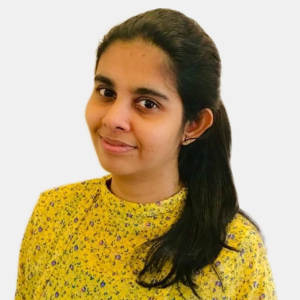 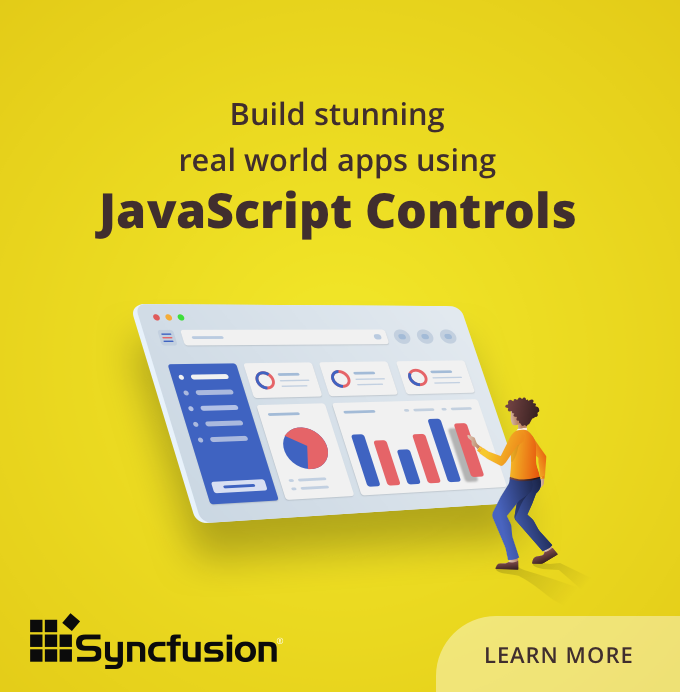