Here Are the World’s First and Only UI Controls for Xamarin.Forms WPF

When people think about developing desktop applications, Windows Presentation Foundation is often the first thought in their minds. This is because WPF uses the Extensible Application Markup Language (XAML) to provide a declarative model for application programming.

But when you need cross-platform support, Xamarin.Forms comes first to your mind to address your requirements.

In this blog post, I will summarize the Syncfusion Xamarin.Forms controls that have been extended to support WPF. The controls are:

Xamarin.Forms WPF Chart is a mobile-friendly, easy-to-use, cross-platform charting package. It is used to add beautiful charts to mobile and desktop apps. It contains a rich gallery of 30+ charts and graphs, ranging from line to financial charts, that cater to all charting scenarios. Its high performance helps render large amounts of data quickly in your mobile and desktop devices. It also comes with a lot of features such as zooming, panning, tooltip, crosshair, trackball, drill-down, and events to make the charts more interactive.

Xamarin.Forms WPF DataGrid is a high-performance grid component that helps you to display and manipulate large amounts of data efficiently in a tabular format. Its rich feature set includes functionalities like data binding, sorting, grouping, editing, filtering, resizing, and more. It has also been optimized to handle high-frequency and real-time updates.

Xamarin.Forms WPF ListView control is a list-like interface used to render a set of data items in a vertical or horizontal orientation with a visual representation of linear or grid structure. It supports all the essential features, such as template selectors, horizontal and vertical orientations, reordering items, autofitting items, and more. The control also supports sorting, grouping, and filtering with optimizations for working with large amounts of data.

Xamarin.Forms WPF Scheduler control is an event calendar that is used to schedule and manage appointments through an intuitive user interface, similar to the native device calendar. Five different view modes are supported: day, week, workweek, month, and timeline views.

Xamarin.Forms WPF Segmented Control is a linear segment made up of multiple segments with each segment functioning as a button. The segments are the same size and allow users to select from among multiple contexts.

Xamarin.Forms WPF Text Input Layout or TextBox is a container control that lets you add a password toggle icon to show or hide passwords, leading and trailing icons, and assistive labels such as a floating label, or hint, error, and help text on top of the Xamarin.Forms framework’s Entry and Editor controls.

Xamarin.Forms WPF Switch allows you to turn an item on and off. It also provides an optional indeterminate state. It supports VSM, a busy state, and colors.

Xamarin.Forms WPF Chips is a feature-rich control that presents information in an interactive and customizable layout. It arranges multiple chips in a layout and groups them to make selection easy.

Xamarin.Forms WPF Radio Button control is a selection control that allows users to select one option from a list of predefined choices.

Xamarin.Forms WPF CheckBox is a selection control that allows users to select one or more options from a list of predefined choices.

Xamarin.Forms WPF Border is a container control that provides rounded or rectangular corners to various views of the application. This control is also used to change rectangular images into circular images.

Apart from WPF support, the following table shows you applicable cross-platform support. The table is up to date as of the 2020 Vol. 1 release. We still plan to extend our support to various other Xamarin.Forms controls.

We hope you are excited about our Xamarin.Forms WPF control. If you think we should extend our Xamarin.Forms WPF support to any other control, then feel free to contact us through our support forum, Direct-Trac, or feedback portal.  Or leave a comment below and we will definitely consider your suggestion. We are happy to assist you!

[Blog] How to Use Xamarin.Forms Visual State Manager

[Blog] 4 New Features You Must Try in Xamarin.Forms 4.5 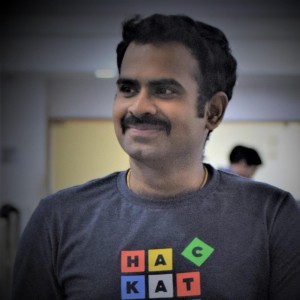 Awesome work thank you for this!