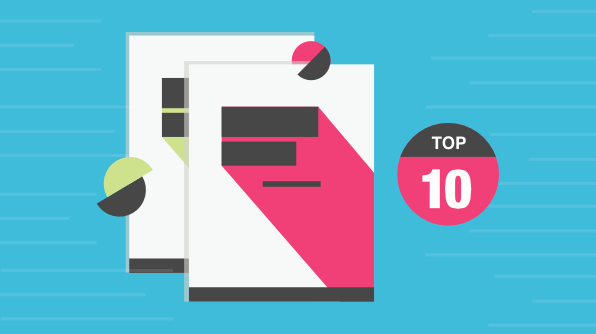 Top Programming Languages to Learn in 2018

With the technology landscape changing as fast as it does, programming languages have a tendency to rise and fall quickly. However, there are those that have stood the test of time, and those that show definite signs of gaining momentum for years to come. We have put together a list of languages we think are the most useful to learn in today’s job market.

Java lands steadily in the tried-and-true category and is number one on many lists because of its high employability. In 2017, it was the most in-demand language on job boards like Indeed, being a popular language with many Fortune 500 companies. Therefore, it’s still the reigning champion of languages to learn, particularly for employment. Let us help you get started with our free ebooks, Java Succinctly Part 1 and Java Succinctly Part 2.

Ok, so it’s a querying language, but we’re slipping SQL in here because it’s more in demand than even Java. Hadoop and other newcomers are popular, but SQL is everywhere and in seemingly everything, with most tech (and other) companies using it in some way. In a data-driven world, SQL is a good aspect to understand. Our Succinctly series has you covered with SQL Server for C# Developers and SQL Queries Succinctly.

Unsurprisingly, JavaScript is still near the top. Commerce relies more and more heavily on operating through websites, making JavaScript heavily in demand. GitHub ranks it number one in popularity among its users, and in Stack Overflow’s list of most popular frameworks, three of the top four are based on JavaScript. If your skill with JavaScript is only passing or approaching intermediate,  JavaScript Succinctly is a good way to solidify your understanding.

While Java may still be prom king, anyone watching can see that Python is gaining in popularity faster than any other language. In the TIOBE Index, it’s surpassed C# this year. This high-level, readable, and versatile language is used by some of tech’s major players and is beloved by many. Our Python Succinctly ebook will take even a complete beginner to mastery of this language.

As we’ve mentioned, JavaScript is here for the long haul, and TypeScript is JavaScript with a facelift. With its static typing smoothing over one of JavaScript’s most bemoaned flaws, it’s easier to read and write. TypeScript’s popularity is soaring and leading frameworks like React and Angular are now using it. Learning it can be easier for newcomers than learning JavaScript itself. Get started with our free ebook, TypeScript Succinctly.

Created and backed by Google, the Go language is becoming more popular for building system software. It’s also considered easy to understand and efficient (it would have to be, to power the Google search engine), with a growing user base. Docker and Kubernetes are also built using Go, and the language is proving useful to the development of microservice architectures and data science. Whether you’re new or experienced with Go, Go Succinctly and Go Web Development Succinctly will have you coding fluently in no time.

If TypeScript was meant to fix JavaScript’s more irritating qualities, then Scala patches up the same in Java. Although a bit complex, it’s a flexible and (as the name suggests) scalable alternative that’s been around and popular long enough to have a lot of support from the community. While nowhere near as widespread as Java itself, Scala is slowly trending up and offers well-paying jobs, especially for data science and companies like Twitter, who simply outgrow the language they started with. From learning the basics to syntax shorthand, Scala Succinctly will have you up and running with the language quickly.

Although there was speculation of its demise a while ago, PHP has not only held on as a preferred server-side web development language, but has been rising in the ranks of popularity on charts like the TIOBE Index all summer, surpassing JavaScript in growth. Learn this straightforward scripting language in 119 pages with PHP Succinctly.

Complex, but with high performance and community support, C++ remains a popular universal language for building desktop apps and video games. Ranked #6 on GitHub’s popularity chart (by number of pull requests) and #3 on the TIOBE Index, this is a good language to learn for programs with performance-intensive tasks. Get the basics down with our free ebook, C++ Succinctly.

Higher level than C++, C# is good for building Microsoft apps and indie computer games, and seems to be the way VR is going, since it’s what Unity uses. It can be used on any platform, thanks to Xamarin. Its popularity has remained steady for a while now and, though you can build apps for Linux and Mac with it, it’s the best language to learn if you need to build anything .NET. Learn the syntax you need to build your own applications in C# Succinctly.

The Syncfusion Succinctly series is a quick way to learn new programming languages from experts who use them every day. Take advantage of these free resources to increase your repertoire and stay relevant in this ever-changing industry. If you pick up C#, JavaScript, or TypeScript, feel free to download the free, 30-day trial of Syncfusion’s Essential Studio Enterprise Edition to play around with some controls built in those languages. Let us know what you think will trend up or down, or remain steadily popular for the rest of the year in the comments below, or on Facebook or Twitter.

I think PHP is best language, because it is very easy to learn with simple syntax.

Python is the best