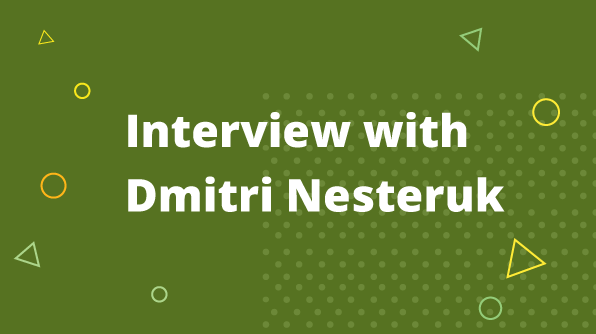 The following is a short interview with Succinctly series author Dimitri Nesteruk, whose latest book, Rider Succinctly, was published recently. You can download the book from the Syncfusion ebook library. What should people know about Rider? Why is it important?

The most important thing to realize is that Visual Studio’s monopoly on .NET development is over. Rider is here, it’s faster, it’s more responsive, and it brings a wealth of features coming from ReSharper. It’s also an amazing proof-of-concept of the idea of building cross-platform products that use both the CLR and the JVM. Things will never be the same again.

Since its very inception, of course! I have extensive experience with Visual Studio (starting with ’97) and while I appreciate all that Microsoft gave developers, Visual Studio has become a monster in terms of performance and memory consumption while, at the same time, necessitating the use of ReSharper for effective development.

Rider gets us away from all that. We get an affordable, lightweight, 64-bit IDE that “just works” while providing all the wealth of ReSharper fearures that JetBrains has developed over a decade. It really is as good as it sounds.

By writing this ebook, did you learn anything new yourself?

I sure did! And, in fact, Rider is currently at a stage where you learn new things with every new release! And it’s not just new features; support for additional languages (e.g., F#) comes out and expands the horizons of what is possible. It’s a fun journey!

I recommend anyone that gets Rider to install it using the JetBrains Toolbox. That way, you get automatic updates so you get to see new developments as soon as they come out. And subscribe to JetBrains’ .NET blog, of course!

As time goes by, Rider will cover more and more of the features related to the .NET ecosystem, including support for Azure, Xamarin, Unity, and others. It is also likely to support additional languages and frameworks. Another major promise is in Rider’s separation of back-end and front-end: this is likely to be taken in all sorts of unexpected directions.

Not really. Rider is a unique product in an area of development where there is virtually no competition. It’s also a very unique technological solution that is not attempted by any other IDE out there. There is, of course, a trend of lightweight IDEs (Atom, Visual Studio Code, etc.) but they are not directly comparable to tools like Rider which provide a large set of features above and beyond just code editing.

My course “Cross-Platform Programming with JetBrains Rider” on Pluralsight covers the product in a series of videos. Also, all videos and books related to ReSharper (e.g., ReSharper Succinctly) are directly relevant to Rider since the two share a common code base.