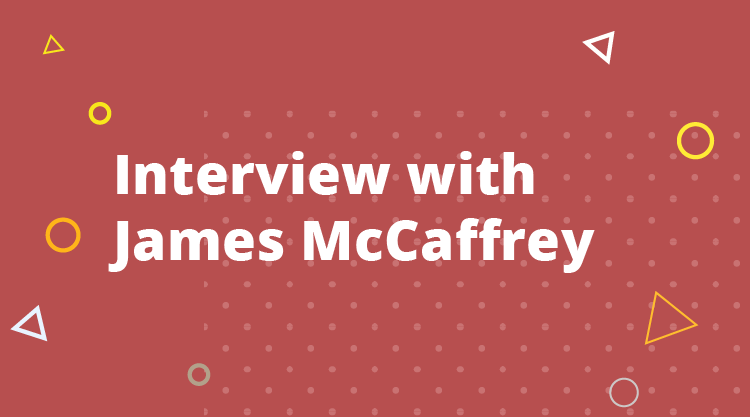 The following is a short interview with Succinctly series author James McCaffrey, whose latest book, R Programming Succinctly, was published on Monday, June 5. You can download the book here.

1. What should people know about R programming? Why is it important?

There’s been explosive growth in the areas of data science and machine learning. The R language has clearly established itself as the de facto open-source language for data science. When I talk to hiring managers, they tell me that at least a minimal knowledge of R has become a tiebreaker when considering job applicants. In addition to being able to use R for data analysis, software developers and managers who know R can help an enterprise by acting as in-house consultants when their company engages with vendors and data science experts.

The R language has been around for decades. Until recently, R was used mostly by university math students and pure data science professionals. I first used R when I was a university professor. I became reacquainted with R when the use of R grew tremendously, starting a couple of years ago.

3. By writing this e-book, did you learn anything new yourself?

Even though I consider myself a very, very strong R programmer/user, I learned quite a bit while I was writing R Programming Succinctly. In particular, I worked out some of the murky issues related to OOP with R, and I believe the R language OOP examples in the e-book to be the most accurate available. Also, R Programming Succinctly has previously unpublished functions for dealing with combinations and permutations.

4. How will R change over the next few years?

Hmm, it’s hard to predict how R will change, but my best guess is that R will evolve to integrate closely with machine learning analytics libraries such as Google TensorFlow and Microsoft CNTK. And I’ve already seen increased R integration with various database products.

5. Do you see this subject as part of a larger trend in software development?

The increased use of R is absolutely tied to the rise of big data, machine learning, and artificial intelligence. These related trends are, in my opinion, some of the most exciting things we’ve ever seen in computer science, rivaling the creation of the Internet in the 1990s. The world will be unrecognizable in a decade or two, and R will play a big role in the changes.

6. What other books or resources on this topic do you recommend?

I highly recommend Syncfusion’s R Succinctly by Barton Poulson. That e-book is a great introduction to R used interactively and segues nicely into the programming examples in R Programming Succinctly. Interestingly, even though R has been around for decades, there aren’t any other books I recommend–they assume readers are university students who are just as interested in math proofs as practical applications. An excellent web resource is “R-Bloggers” at https://www.r-bloggers.com/.