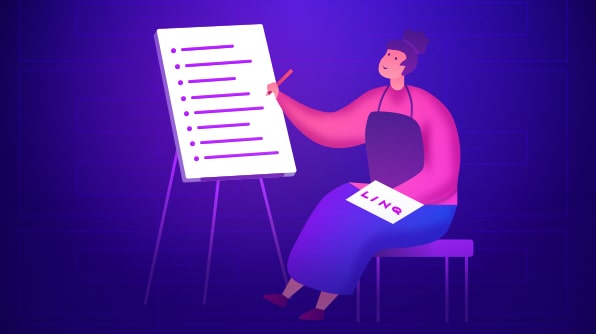 LINQ is a powerful querying tool for .NET applications. There are certain techniques to follow when writing queries to make sure they run quickly and effectively. The following are a few things to consider when aiming to improve the performance of LINQ to Entities:

Pull only the needed columns

This query will be compiled into SQL as shown the following screenshot.

Though we might need only a few columns, we have loaded them all. This consumes more memory than necessary and slows down query execution. We can change the query as follows for better execution.

This query will be compiled into SQL in an optimized way as shown in the following screenshot.

Use of IQueryable and Skip/Take

When working with a large collection of data and binding it with a table or grid control, we should not load all records for the user in a single instance because it takes a long time.

Instead, we can load a certain number of records initially, say 10 or 20. When the user wants to see the next set of records, we can load the next 10 or 20 records on demand.

The IQueryable type in C# can hold unevaluated SQL queries, which can later be converted to run against the data collection after applying skip and take.

Tip: When writing skip and take in LINQ queries, please consider the following for better performance:

Use of left join and inner join at the right places

Hence, we should identify our requirements and use join (left or inner) for better query execution.

When we load records from a database via LINQ-to-Entities queries, we will be processing them and update them back to the database. For this purpose, entities be tracked.

Another situation to consider is when working with bulk data inserts, such as adding hundreds or thousands of records to a SQL table.

Each time we add a new entity to FilesRepository in the previous code sample, DetectChanges() from Data.Entity.Core will be triggered, and query execution will become slower.

To overcome this, use AddRange, which best suits bulk inserts. AddRange was introduced in EF 6.0 for doing insertions in a single database round trip to reduce the performance overhead. Take a look at the following modified code.

Use of async operations in entities

Async operations are used at specific places in applications to reduce the blocking of the UI thread. They enhance the UI by making it responsive.

Data types may not match when querying, which often leads to significant time consumption when using LINQ to Entities. Consider a scenario where we have a column, FileNumber, in a table, which is of type varchar and holds 10 characters. Hence, it was declared as varchar(10) data type.

We need to load records that the FileNumber field values match in “File1”.

In the highlighted section in the previous screenshot, we can see that the variable we passed has been declared in SQL as nvarchar(4000), whereas in the table column, we have the column type as varchar(10). So, there will be a conversion that the SQL will perform internally as there is a parameter type mismatch.

To overcome this parameter mismatch, we need to mention the type of column with the property name, as in the following code.

Now the SQL parameter type will be generated as varchar.

Let’s see an example. Consider the query that follows, which uses navigational LINQ between Room, RoomProducts, and Brands.

Let me write a LINQ query that maps all tables with join and pulls the matching records.

We are getting Room, RoomProducts, and Brands collections. The query’s equivalent SQL is presented in the following code.

We can see that the query generated as part of the navigation property uses a left-outer join for establishing a relation between the tables and loads all columns. The queries formed by the left-outer join run slower when compared with inner-join queries.

Since we know that all three tables will definitely have a relation in them, let us modify this query slightly.

This produces the following:

Now the code looks cleaner and executes faster than our previous attempt.

In this blog post, we have seen some of the areas where we can concentrate to improve the performance of LINQ to Entities. We hope you find this article helpful.

Syncfusion provides more than 1,000 custom controls to ease the work of developers on various platforms. Please have a look and use them in your application development:

If you have any questions or require clarifications about our components, please let us know in the comments below. You can also contact us through our support forum, Direct-Trac, or feedback portal. We are happy to assist you! 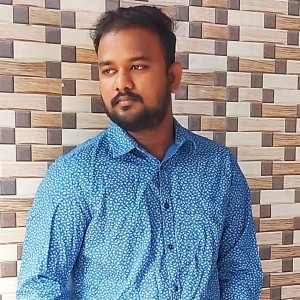 Helped me a lot, thank u sir

Yes we can use. To confirm it you can see the SQL query generated against above query that we are pulling selective fields.