Why MVC for Mobile? | Syncfusion Blogs 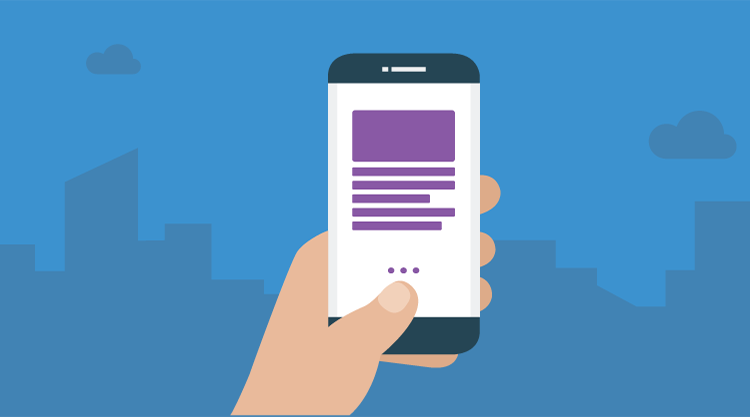 Why MVC for Mobile?

For some time now, we’ve been telling you that ASP.NET MVC is an ideal platform for mobile development. We don’t say this just because we’ve always been heavily involved with MVC—we started to work with MVC when it was first released in 2009, and since then we’ve developed the most comprehensive suite of ASP.NET MVC controls on the market, not mention the widest range for MVC controls targeted toward mobile devices.

Our proclamation that you should use MVC for mobile development is rooted in certain facts surrounding the inherent nature of MVC that makes it a prime solution for mobile development. In this post, I’ll go over the advantages of MVC, the easiest way to get started with MVC, and the type of app you can expect in the end.

Regarding its advantages, first, MVC is a cross-platform development model that is a secure, server-based solution. Deploying mobile Web sites and applications from an ASP.NET MVC-based server-cloud environment is a natural fit for enterprises moving to mobile application development.

Also, the model-view-controller scheme is better for mobile development because the model and controller can be kept common for all views. You can have the same model for an iPhone as you do for a desktop. The fact that you can keep your basic business logic the same while having multiple views is key to why ASP.NET MVC is best suited for mobile applications.

With multiple views, the server will actually detect the type of device making a request and then provide the correct view for that device. This is something ASP.NET MVC inherently does, making life for the developer that much easier.

If you want to get started with MVC, you can use a tool that many are already familiar with: Visual Studio. MVC support is offered in VS 2010, and that support will continue in the upcoming release of VS 11.

Also, as I mentioned, Syncfusion has developed many MVC controls targeted to take advantage of mobile environments, and we have many more coming out in April. MVC support in Visual Studio, when combined with the emerging landscape of prebuilt MVC controls, is the fastest and easiest way to get started in mobile development.

By using the paradigm of MVC, in the end you’ll have an app that is not just an enhanced Web site that is also suitable for mobile—only treating mobile as a second thought—but you will instead have an app that can fully utilize all that the mobile device offers. As a result, by using MVC, your web-based app will provide an experience as seamless as a native app.

I’ll even go as far as to say that most end-users will not be able to tell the difference.

I was reading some of your posts on this internet site and I think this website is really informative! Keep on putting up.