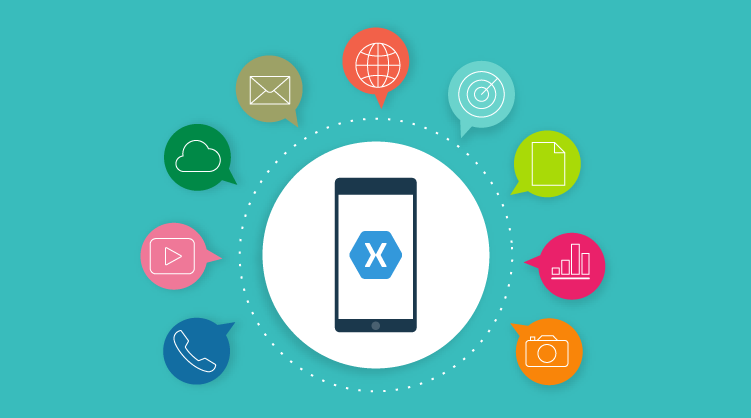 Why go mobile? A quick case for Xamarin.

Picture an enterprise app. Would you describe it as classic? Is it a reliable, perhaps aging, workhorse? Most importantly, is it confined to the desktop?

It’s 2017. Employers, employees, end users—nearly everyone up and down the chain has a smartphone in their possession. In a recent survey, Nielsen found that more than 95 percent of people ages 18 through 44 own a smartphone. That’s a majority of the U.S. labor force. Further, a Gallup poll found that 41% of smartphone owners check their devices several times every hour. Enterprise app or no, mobile devices are where users are. Sure, some may prefer a desktop setup depending on the task, but if they’re on the road or in the field, they’ll use a mobile device if they must. Whatever is necessary to get the job done. Shouldn’t enterprise apps also work on mobile devices?

Absolutely. It’s what users demand. But they ought to run as seamlessly as the messaging, news, and game apps they check every hour.

The obstacles to going mobile are daunting: multiple target devices, varying supported functionalities, new patterns and programming languages—the list goes on. And what about the years of work that went into existing apps? Sure, you can take what you’ve learned with you, but what about the code? Many companies are so wrapped up in maintaining existing apps and writing new ones that they lack the time, much less the budget, to attack the mobile front.

Here, where money and time are scarce but the need for mobile is high, is where Xamarin excels. It is the best solution for delivering enterprise apps across all mobile devices. Xamarin enables developers to write apps with a single C# codebase, and then deploy them natively to Android and iOS devices with performance indistinguishable from those written in Java or Swift. The time and resources saved by developing with Xamarin quickly add up, whether you want to extend your current .NET apps to mobile or write new apps from scratch that will go cross platform.

So why go mobile? It’s what your users demand. With Xamarin, going mobile fits into any budget and any industry, whether the app is internal or customer-facing. It just makes sense.

For more reasons why Xamarin makes mobile development practical for so many, read “Five Reasons Xamarin Will Change Mobile Development,” a white paper by Syncfusion Vice President Daniel Jebaraj. Share it with your team, your manager, the CTO—anyone convinced mobile is not a possibility for your business.