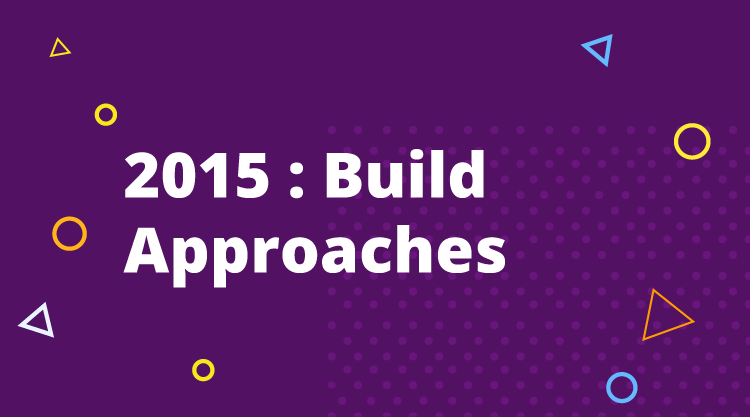 Even though the Build conference is still a month away, Microsoft has been releasing a steady stream of product announcements and updates leading up to the event. Last week, the company announced a batch of additions to Azure, its cloud computing service, and this week the company unveiled the complete line of Visual Studio 2015 products.

At the forefront of the collection is Visual Studio Enterprise 2015, which closes the gap between the Premium and Ultimate versions offered in Visual Studio 2013. It is promised as an end-to-end solution for any development project, from universal Windows apps, to cross-platform mobile apps built with Apache Cordova and HTML 5. Additional features include tools for advanced testing, complexity management, and agile workflows.

Paired with an MSDN subscription, Enterprise users will also have access to SQL Server, SharePoint, Office, Exchange, and other Microsoft software for testing and development purposes, plus a monthly $150 Azure credit. Developers with current subscriptions to either Visual Studio Premium or Ultimate will automatically receive the update to Visual Studio Enterprise 2015 when it is released. Aside from the great tooling, this consolidated offering will provide some relief to current Visual Studio Ultimate users when it comes to the price; for current Visual Studio Premium users the price is roughly the same.

The next edition in the lineup is Visual Studio Professional 2015. It is designed for smaller teams of developers building enterprise software, and though not as robust as Visual Studio Enterprise when it comes to testing tools, it still provides the capability to build any project on any platform. Like the Enterprise offering, having an MSDN subscription with Visual Studio Professional gives users access to core Microsoft software for testing and development and a $50 monthly credit for Azure.

Finally, there is Visual Studio Community 2015. It is a free edition intended for use by small teams, open source developers, hobbyists, academics, and others for non-enterprise application development. Compared to the Express editions of Visual Studio, which provided separate, lightweight IDEs for web, desktop, and Windows development, Visual Studio Community is a complete IDE for building any kind of app. It has all the tools you need to develop and manage mobile, web, or desktop apps, and even supports building cross-platform apps for iOS, Windows, and Android.

If you’re planning to snag the Professional or Community editions of Visual Studio 2015, it‘s worth your time to check out Syncfusion’s Community License. It provides complete access to more than 650 Syncfusion controls across 12 platforms, including the easy-to-use big data platform and predictive analytics tools, absolutely free. The only restrictions to the license are that a single license cannot be used by more than five developers, and if the license is used to build commercial applications, the company cannot exceed $1 million USD in annual gross revenue.

Other updates slated for Visual Studio 2015 include support for Roslyn, the open source .NET compiler platform, and ASP.NET 5, which is set to include the ASP.NET MVC 6 framework and support the OWIN standards for .NET web development. The features and updates in Visual Studio 2015 are a direct result of Microsoft’s commitment to a be more open, flexible company—one that encourages developers to use the tools they need to build the best applications, even if those tools don’t always come from Microsoft. If you can’t wait to get your hands on Visual Studio 2015, a preview of it is available now.

Let us know what you’re looking forward to the most in Visual Studio 2015 and at Build in the comments below, or on Twitter!