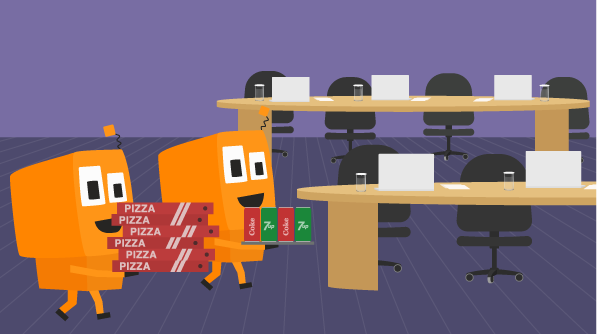 In the past few months, Syncfusion has been contributing to the development community by offering its RTP office as a place for local developer groups to hold meetings. We set up their space, supply snacks and drinks, and provide swag and free licenses. Check out these cool user groups we’ve gotten to meet by doing this.

We get them yummy munchies.

On July 11, Syncfusion hosted Women Who Code Raleigh Durham for their Git Study Night. They had Git professionals there to help as participants worked through exercises together. Several of the ladies in attendance left comments on the group’s meetup page saying they learned a lot! This group has nearly 800 members from the Triangle area, hosts plentiful events like this one, and even has a job board for members.

The Raleigh Mobile .NET (Xamarin) Developers Group has become a regular here, gathering first on August 20 and then on October 15 after getting rained out of their original meetup date by Hurricane Florence. Both meetups presented beginners sessions on MVVM and setting up an ASP.NET Core server, starting with a lecture and ending with an opportunity for attendees to discuss the projects they were working on at the moment. This group, as its name says, concentrates on multi-platform mobile development using .NET.

Later in August, we hosted the Community Hack Night of the group Learn to Code RDU. About twenty developers attended the easy-going event, helping each other out and discussing tech. This group also has nearly 800 members and is open to anyone in the Triangle interested in learning to code or learning to code better. One of their recent events was a Star Wars API code-along!

It’s been great meeting and hosting all these developers determined to further their skills. We’re honored we could contribute! If you belong to any groups like this, let us know how they’ve impacted your professional life in the comments below or on Facebook or Twitter. If you belong to a user group near RTP and are interested in holding a meeting at our office, contact marketingteam@syncfusion.com.