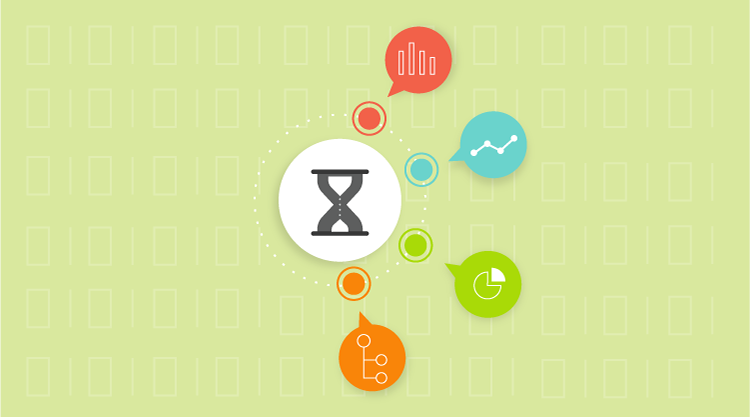 Making Room for Data: Connected Homes and the Hybrid Age

The field of predictive analytics continues to grow, and we are growing with it, entering what bloggers, researchers, and industry authorities are calling the Hybrid Age of technology. “Hybrid” implies that humans and computers will be working together more closely than ever, and it is impossible to ignore the impact that these advances will have on our futures. Touchscreen devices, “smart” cars and homes, and wearable technology are already changing the way we shop, interact, and even order food at restaurants (bad news for certain chain restaurant servers, who are slowly being replaced by tablets).

Now, imagine you’ve walked outside to pick up your mail on a warm summer afternoon, and upon returning inside, your home welcomes you with a rush of air conditioning. A moment later, a Twitter message on your cell phone lets you know your children have left the door to the backyard open—again. You find the children to see what they want for dinner; they ask for chicken, but your refrigerator tells you that you’re out. You all pile into your car to go to the grocery store, and as you drive away your home detects that it is empty and turns the air conditioning down to save energy. On your way there you remember you left the kitchen lights on, but you aren’t worried—your kitchen lights have already been dimmed. Later, when it’s time to go to sleep, your home adjusts its climate for the evening so you are all comfortable.

Though this scene isn’t far off from the promises made of Google’s Nest and Android Wear devices at this week’s I/O Conference, it is also reminiscent of “The Veldt,” a short story written by Ray Bradbury in 1950. Bradbury describes how an expensive Happylife Home, designed to intelligently care for its owners, begins causing them to feel unnecessary as parents in the process. The home is equipped with walls and furniture that change to suit the needs or mood of the person occupying them. The Hadley family’s children are completely dependent on the home’s technology, while the parents often wonder if they should encourage the children to do things like cook, tie their shoes, and even learn to paint, without the help of machines.

The children’s mother, Lydia, becomes distressed by this conflict, and a chair she sits on immediately begins rocking to comfort her. The home’s patriarch, George Hadley, is depicted chewing “tastelessly on the meat that the table had cut for him,” too busy considering the thin line between giving his children what they want and being a good father to realize that he, too, is caught up in the magic of his smart home.

Bradbury, along with many of his science fiction contemporaries, foretold the role of predictive analysis long before the term found its place in modern-day developer conferences. Thanks to the tools at our disposal today, we have become accustomed to some of the very comforts Bradbury’s cautionary tale warns against. Soon our homes will also be able to similarly predict our physical and emotional needs by gathering information with minimal effort from us; the price, of course, is the information.

Though their monitoring of our connected devices is not news, the data collected by tech companies can now be analyzed more thoroughly than ever before through services like Apache’s Hadoop and Numenta’s Grok, enabling them to find new ways to make our lives easier. For example, predicting the needs in the scenario described above would require insights on everything from your daily schedule to your temperature preferences and resting heart rate, followed by careful analysis of these factors and their dependence on one another. The information could then be used to construct a program, allowing your connected home to both save you money and keep you comfortable.

Gathering this information through smart devices means these companies can effectively tailor an entire lifestyle to the needs of its inhabitants, not unlike the home illustrated by Bradbury. In addition to the Google Nest lineup, which currently includes a thermostat and smoke detector, Windows apps like SmartHome and Apple’s recently-announced HomeKit framework will present interesting challenges for users and developers alike as new ways to connect homes are found, especially on mobile devices. Connected driving apps, for example, can let your home know when you’re close by, prompting it to start the wrinkle guard on your dryer or turn on the porch light for you.

In fact, the existing power of predictive analytics is most easily visible in our commutes. Google Maps tracks the speed of Android devices traveling in cars and delivers it to us as traffic data, ensuring access to a stress-free route to work. Big data is also now playing a role in city planning, with engineers using data from existing transport networks to plan future roads and residential zones to make them safer and easier to navigate. In addition, several car manufacturers around the world have taken note of car accident data and are now committing to include reverse and lane-change cameras in vehicles as a standard feature, which they hope will increase driver safety and reduce accidents.

While information like this is constantly collected, we think nothing of it, because the conveniences it affords in our day to day lives far outweigh any resulting societal issues—at least, they have so far. However, others are concerned that relying on lane-change cameras, for example, will actually reduce the need for driver awareness, just as owning a smart home may eventually reduce the need for families to spend time together. Will we one day have to face the same dilemmas as George when teaching our children to drive? Or will the line between humans and “smart” devices always remain clear?

It will be up to consumers to answer these questions and the many others that will surely arise as the influence of big data processing continues to grow. The examples above demonstrate only a fraction of the possibilities for data-inspired innovation in businesses and communities, and the potential gain for analyzing and implementing the data that most already have in large supply is infinite.

If you are interested in applying big data or predictive analytics solutions in your business, stay tuned; Syncfusion may be able to help. Already have big data plans in the works? Tell us about them in the comments or on Twitter @syncfusion.