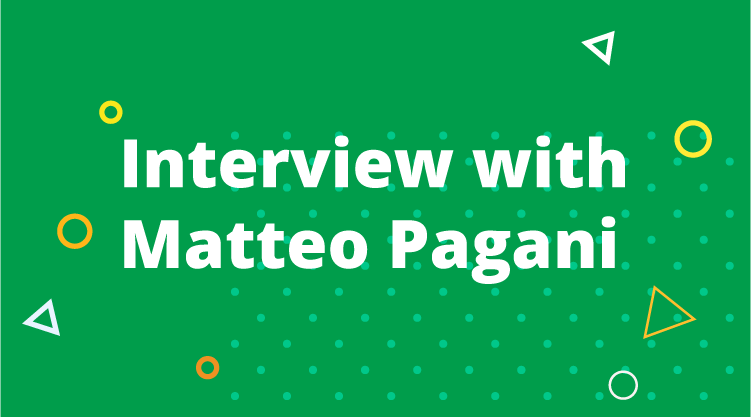 The following is a short interview with Succinctly series author Matteo Pagani, whose latest books UWP Succinctly and More UWP Succinctly were published recently. You can download the books here and here. Keep an eye out for his upcoming whitepapers expanding on the groundwork laid in these titles.

I have started to work with the Windows ecosystem since the beginning of the transformation journey, which started with Windows Phone, then it has gone through Windows 8 and the creation of the Windows Runtime and now has reached the unification of the user and the developer’s experience with Windows 10 and the Universal Windows Platform. I’ve been a Microsoft MVP in the Windows development area for almost 5 years, until I’ve joined Microsoft, where I’ve could turn my passion into a job. In my role in the AppConsult team, I help developers from all around the world to bring their ideas to the Windows ecosystem, no matter if we’re talking about a modern touch based app, a classic Windows Forms application converted through the Desktop Bridge or a holographic app based on the Windows Mixed Reality platform.

Yes! I’ve started to follow Universal Windows Platform development since the first Windows 10 release but, thanks to the new “Windows as a service” model, Microsoft releases approximately twice per year a new major update of the operating system, which includes also a new SDK with new features and APIs for developers. This book is based on the latest official version (Windows 10 Creators Update) and, by writing it, I’ve learned many of the new changes and features that have been added compared to the first Windows 10 release almost 2 years ago.

As I anticipated in the previous answer, Windows 10 has adopted a model called “Windows as a service”, which means that approximately twice per year Microsoft will release a new major update, which will bring new features both for the final user and developers, making the platform more innovative and powerful year after year. Additionally, Microsoft is turning more and more Windows into an ecosystem for everyone: for innovators, thanks to the Windows Mixed Reality platform; for classic desktop developers, thanks to the Desktop Bridge; for developers that wants to leverage the power of the Microsoft tools but with technologies born for other platforms, thanks to the Linux Subsystem; for developers that would like to target not just Windows but also other platforms, thanks to XAML Standard and .NET Standard Libraries, which will make easier to share the user interface and the code across multiple devices, like iPhones and Android phones.

Even if the advent of the mobile ecosystem has changed the role of the PC, there’s still a strong demand for traditional computers and innovative devices like the 2-in-1 that can help users to be more productive and more flexible. Touch, inking, digital assistants powered by artificial intelligence are becoming more and more part of the experience that users expect nowadays, and the Universal Windows Platform can help to satisfy this request, both from the consumer and the enterprise world.

I would recommend the official documentation by Microsoft (https://docs.microsoft.com/en-us/windows/uwp/get-started/universal-application-platform-guide) and the Microsoft Virtual Academy website (https://mva.microsoft.com/), where Microsoft regularly publishes free courses around its technologies. Among them, you will find many courses about the Universal Windows Platform and some of the prerequisites that can make it easier to understand the content of this book (like the courses about the fundamentals of object-oriented programming and the C# language).