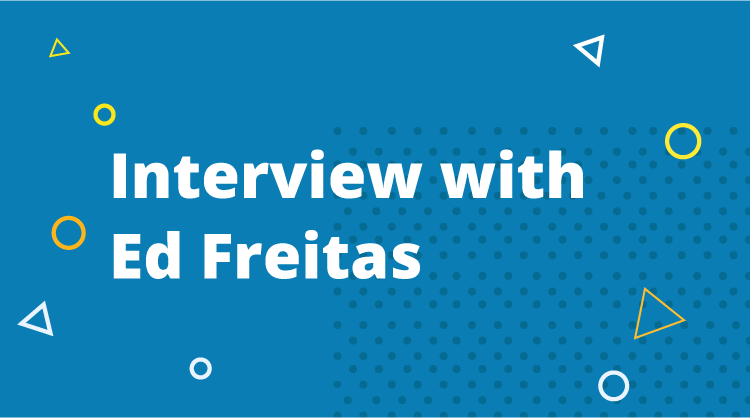 The following is a short interview with Succinctly series author Ed Freitas, whose latest book Skype Bots Succinctly was published on Tuesday, January 30. You can download the book here.

What should people know about Skype bots? Why are they important?

Skype is the world’s most widely used voice communication system. Millions of people all over the world use it not just for calling each other but also to chat for fun and for work. I personally have a worldwide Skype subscription and use it for work extensively (engaging with customers, mostly).

With the release of the Microsoft Bot Framework in 2016, Skype was the first and foremost “channel” for the Bot Framework to use, given its breadth and reach. This means that more businesses want to engage with their users using the channels they are already on (such as Skype), enabling them to have a better user experience, and bots are at the center of this, as they provide a way of interacting that feels more human.

When did you first become interested in Skype bots and bots in general?

Since the release of the Microsoft Bot Framework, I became very interested in the platform, the services around it, and the channels that could be plugged into it. Skype is the channel that caught most of my attention due to its tight integration with the Bot Framework.

By writing Skype Bots Succinctly, did you learn anything new yourself?

Yes, I learned quite a lot, from using the QnA service, to using scorables and advanced bot development techniques such as incorporating the Language Understanding Intelligent Service (LUIS) from Microsoft Cognitive Services, which was mentioned in a recent Syncfusion blog. When I had finished writing Microsoft Bot Framework Succinctly, my impression at the time was that the technology had yet to mature and I’d probably have to wait a bit longer to experiment more. Little had I realized that my journey into bot development had just started. Skype Bots Succinctly builds upon the lessons I learned writing Microsoft Bot Framework Succinctly.

How will bots change over the next few years?

This is just getting started. We’re literally in the stone age (well, maybe bronze age) of bot development. It’s only going to get crazier and more exciting each year. This is definitely the future!

Do you see bots as part of a larger trend in software development?

Yes, it’s a part of the larger trend in AI that we’re seeing nowadays with all major technology companies wanting to be at the forefront. I urge anyone studying IT or software engineering to actively get involved in AI, as our jobs as software developers might depend on at least having a fundamental knowledge of this in the very near future.

What other books or resources on bots do you recommend?

I hate to throw flowers at myself so to speak, but Microsoft Bot Framework Succinctly is a must read because it provides a solid foundation to start building bots. Besides this, I recommend having a look at Designing Bots: Creating Conversational Experiences by Amir Shevat, published by O’Reilly Media.