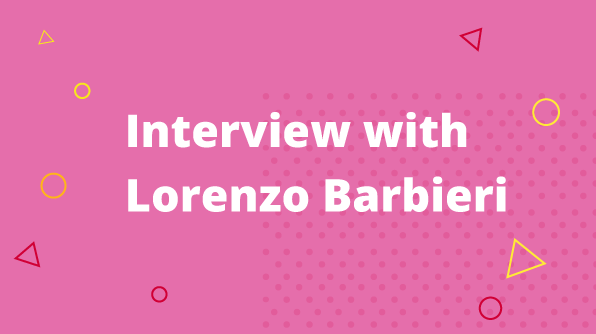 The following is a short interview with Succinctly series author Lorenzo Barbieri, whose book Public Speaking for Geeks Succinctly was published in July. You can download the book from the Succinctly library. What should people know about public speaking? Why is it important?

Public speaking isn’t limited to delivering sessions or talks at conferences, user groups, or meet-ups. Public speaking skills are necessary also during team meetings, customer meetings, even during one-to-one meetings with your boss or when talking with a recruiter. Being a good public speaker isn’t reserved to people with the “right gene;” it’s a skill that one can learn, exercise, and master. Public speaking is not reserved only to extroverted people; introverts can master it, too.

When did you first become interested in public speaking?

When I met some great speakers during the first conferences that I attended fifteen years ago, like Don Box, Clemens Vasters, David Chappell, and especially Rafal Lukawiecki. Then I started to follow the best speakers that I could find at every conference, trying to learn from them. I’ve read many books and seen a lot of videos. And, of course, I started delivering sessions at user groups meetings, and then at small and big conferences, speaking in front of a thousand people, or online with many thousand viewers.

By writing this ebook, did you learn anything new yourself?

This ebook is based on a one-day course that I delivered in the last year, but writing the book helped me better explore some topics that were barely mentioned during the course, like working with tools like PowerPoint and Keynote. I also spent some time trying to create meaningful examples to show how to design better slides.

How will public speaking change over the next few years?

More and more will focus on online delivery, even when talking at a conference. For example, slides with online-only content for people who have time to experience it at home or in the office, not being constrained only to the time during the talk. There will also be better support for people with disabilities and people who speak a different language, through the power of AI.

Do you see public speaking as part of a larger trend in software development?

In my view, being a successful software developer requires many soft skills, and public speaking is one of them. Perhaps one could be the star of a small team, but to shine one should be able to present his or her ideas to a broader audience, even internally at the company or during meetings with customers and partners.

What other books or resources on public speaking do you recommend?

There are so many resources, like James Whittaker’s books about storytelling and creativity, the official TED Guide to Public Speaking by Chris Anderson, Confessions of a Public Speaker by Scott Berkun, and so on. There are many TED Talks about public speaking, but a video that I’d like to share is “How to Rock the Stage!”