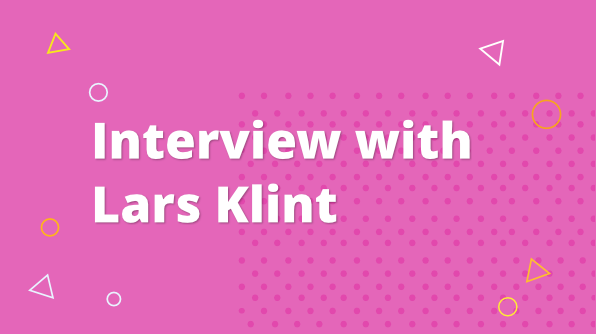 The following is a short interview with Succinctly series author Lars Klint, whose book HoloLens Succinctly was published on Monday, May 21. You can download the book here. What should people know about the HoloLens? Why is it important?

HoloLens is currently the only available mixed reality device that offers detailed spatial mapping, allowing users to place and interact with holograms in the real world. It is the first step towards immersive mixed reality that actually works!

When did you first become interested in the HoloLens and digital reality?

I remember vividly seeing the announcement and reveal at the Windows 10 event in January 2015 and immediately being hooked. I signed up to get invited to spend $3,000 USD as soon as I could, and I even did my first international talk on HoloLens development before I even got a HoloLens myself.

By writing HoloLens Succinctly, did you learn anything new yourself?

I learned new details about managing all the various factors that influence the experience on the HoloLens. Colored light and curved walls for example can be problematic for the device to map properly in 3D. I also learned that writing a book is hard work! How will the HoloLens and digital reality change over the next few years?

Over the next few years, devices that map your real world will be more common, cheaper, and more accurate. Digital realities will become a generally accepted part of everyday life through mobile devices and wearables. Consumers will accept augmented reality experiences as part of well-known apps, such as Amazon shopping in 3D, or measuring your living room as a 3D model.

Do you see digital reality as part of a larger trend in software development?

What other books or resources on HoloLens or digital reality do you recommend?

The best way to get involved in the HoloLens community and learn from other developers is to join the open Slack team at holodevelopersslack.azurewebsites.net. You can also read the great book Beginning Windows Mixed Reality Programming: For HoloLens and Mixed Reality Headsets by Sean Ong.