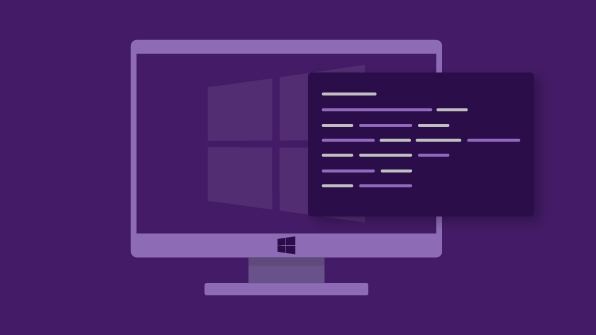 How developers interact with the Windows Console doesn’t change much. For 13 years, from Windows NT to the end of Windows XP, the only access users had was through the command line—good old cmd.exe. In 2006, PowerShell was introduced to leverage the power of the .NET Framework and facilitate much greater scripting and automation capabilities for system admins. Ten years later, the Windows Subsystem for Linux came to Windows 10 to allow Linux binaries and distros to run on Windows machines. Three significant changes in 25 years.

Some of the first Windows Console improvements targeted the front-end and UX—features that left one asking, “How were these not features for so long?!”—like full-screen maximization for command-line windows, copy and paste keyboard shortcuts, word wrapping, line selection, and text selection. In addition, comprehensive support for ASNI/VT sequences was added, allowing Windows tools to have colorful text UIs, something *NIX users have had for decades. Wider Unicode support has also been added, but it’s still a long way from being able to render complex glyphs and support features like zero-width joiners. Soon, though, greater changes are coming. If you’re subscribed to the Windows Insider builds, you can be among the first to try out new features the Windows Console team is testing for future Windows updates. We’ll be keeping an eye on those and the Command Line Tools blog, and hope you will, too. With years and even decades of experience with the Windows Console, dear reader, you know better than anybody what practical improvements are truly needed in the Windows Console. Let us know what you currently love and what you’re still holding out for in the comments below, or on Facebook or Twitter.