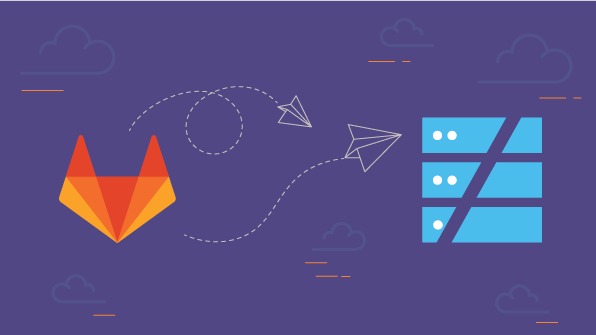 With the chaos that is December and the holiday hangover that lingers through early January, keeping up with tech news may not have been your priority. If that’s the case, you may have missed the GitLab 11.6 release just before Christmas. The coolest part of this release was announced just a bit before it happened: Gitlab has partnered with startup TriggerMesh to provide GitLab Serverless, allowing users to deploy serverless workloads straight from their repositories to Kubernetes clusters.

As many will know, “serverless” doesn’t mean serverless (there are Reddit threads evidencing confusion). Of course it uses servers. But instead of a business purchasing a certain amount of space on a server, and then rarely using it all, the business is charged for the resources its application actually consumes, with the resource allocation managed by a cloud provider. Thus, servers are abstracted, functions and applications can scale as needed, and businesses stand to save money.

GitLab moved its repos from Azure to the Google Cloud Platform last July in sync with Google introducing its open-source Kubernetes framework, Knative. GitLab Serverless uses Knative “for building, deploying, and managing serverless workloads on Kubernetes” directly from the GitLab UI, according to its GitLab page. Users can deploy to on-premise servers and multiple cloud platforms, allowing them to utilize diverse infrastructure and avoid being locked in by a single cloud vendor.

How Does TriggerMesh Help?

TriggerMesh is a startup that “builds multi-cloud serverless and function-as-a-service (FaaS) management solutions.” It makes sense for GitLab to work with this company, as one of the founders was a creator of Kubeless, the precursor to Knative. TriggerMesh is still moving at full speed, though, announcing in early January its open-source project, Knative Lambda Runtime: Knative build templates that provide portability to Amazon Lambda functions, allowing them to run on Knative-enabled Kubernetes clusters and serverless clouds instead of just Amazon Web Services.

What’s Next for GitLab?

GitLab intends to eventually extend Knative to make triggers and events for functions configurable in the GitLab UI. In the meantime, what do you think of this alpha version? Will you find it useful? Let us know in the comments below or on Facebook or Twitter. Also, keep an eye out this spring for Succinctly books on Kubernetes.

If you enjoyed this article, you may also like: