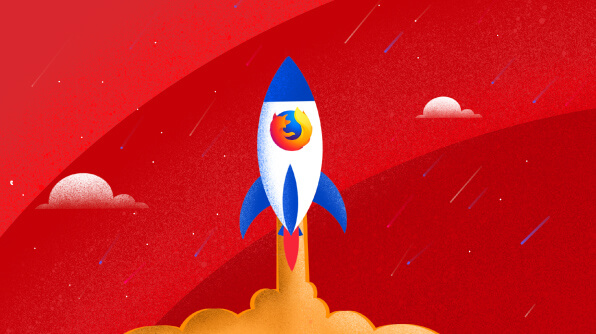 For developers aiming for best performance on major browsers, Mozilla’s latest major release of its Firefox browser is good news. Building on its 2017 release of the much-faster Firefox Quantum browser, version 67 continues to speed up page downloads and searches.

In fact, major websites like Amazon and Facebook download 40–80% faster, according to Mozilla. Firefox is doing this by cutting out bloat during startup. Unnecessary work is passed over and more oft-used scripts are prioritized over less common ones. If the browser detects that your computer is low on RAM, tabs you haven’t looked at in while will be suspended. They’ll reload if you click on them. All this means much faster performance.

So does the internet’s second most popular browser measure up to its first? Well, it depends on whom you ask. Some say no, Chrome is king, some say Firefox’s performance is pretty much on par with Chrome. Either way, it’s catching up.

Other updates for Firefox include a new decoder, dav1d, for the up-and-coming AV1 video format, along with the initial rollout of WebRender. This is Mozilla’s next-generation GPU-based 2D rendering engine that allows webpages to load even faster by pushing the graphics rendering to the GPU. It’s being rolled out slowly, but all Firefox browsers should have it this year.

In fact, when it comes to privacy, Firefox is the clear winner over Chrome. Soon, ad trackers will be blocked by default by Firefox. New users receive this benefit immediately with the 67.0.1 release, and current users will be updated soon. This contrasts with Google’s recently announced changes to Chrome’s extensions system. Ad blockers will soon be unable to use Chrome’s webRequest API to function, essentially disabling all modern ad blockers.

Ads are, of course, a major source of revenue for Google, whereas Mozilla is a non-profit and has no such motive. But just because Google won’t let you interfere with its bottom line doesn’t mean it opposes you interfering with other companies’ revenue streams. It announced at the May I/O conference new controls coming to help users limit third-party tracking, though without going into detail.

Overall, the Mozilla Firefox latest version is a positive for both users and web developers. We look forward to this pace of improvement continuing. Let us know what your favorite internet browser is and why in the comments section below.

[blog post] Microsoft Doubles Down on PWAs with PWA Builder 2.0