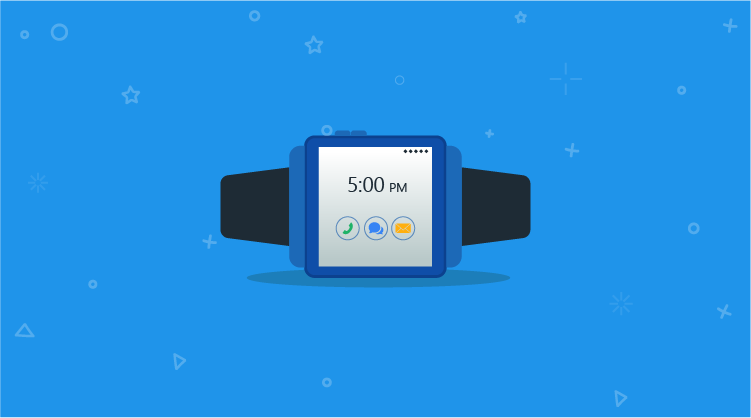 Wearable technology has slowly begun to take hold in the lives of many consumers. Health-conscious users can track their exercise and vital signs with smartwatches, while new laws are being considered that both restrict and protect Google Glass users. High-fashion runways are even being influenced by fabrics that light up and accessories that can charge cell phone batteries.

However, due to factors such as high costs and limited options, wearables are a tough sell for many—and it doesn’t help that the technology behind them is still in its early stages. But while everyday consumers make up a huge part of the potential market, they aren’t the only ones that could benefit from wearables.

When mobile devices first appeared on the market, the benefits were immediately apparent. Though their cost was high, it did not outweigh their benefits; cell phones brought families closer, and made many people feel safer and more connected to the world. Still, many business users were hesitant to implement mobile devices right away. Calculators, desktop computers, even paper and pens were more reliable (and far less expensive) than mobile phones and tablets, especially when sensitive information was involved.

Today, decreased costs and improved usability have made the shift to mobile a profitable one for many types of businesses and organizations. The use of mobile phones and tablets in professional settings is widespread, from hospitals that track and record patient data to finance companies that keep detailed transaction logs. Military forces around the world use mobile tech in operations and planning, and restaurant apps can even send a text to your cell phone when your table is ready.

With this in mind, the next logical step for businesses—and developers—is to look closer at wearable technology. Though the return on investment for the everyday user is not yet clear, the possibilities for improved communication within an organization are vast. In addition, more developer conferences for wearables are springing up each year, which means the technology driving these new devices can only get better.

Like many of you, we have adapted in recent years to the new norms, such as mobile devices, big data processing, and even cross-platform mobile applications. However, building better enterprise applications is still the core of what we do at Syncfusion. We would love to hear your plans for implementing wearable tech in your business, and if you plan to develop for wearable devices, let us know how we can help.