What Does Microsoft’s Acquisition of GitHub Mean? | Syncfusion Blogs 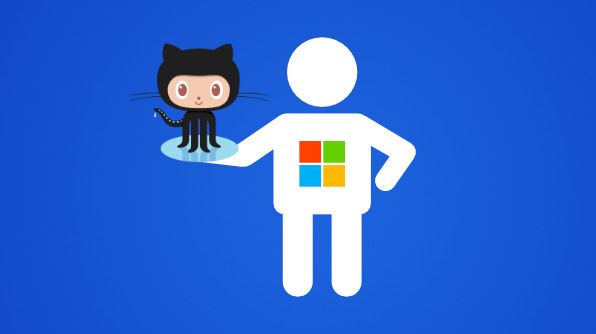 What Does Microsoft’s Acquisition of GitHub Mean?

On June 4, 2018, Microsoft announced that it was purchasing code repository host and development platform GitHub for a cool $7.5 billion. Though the move took many in the industry by surprise, it fits Microsoft’s pattern of behavior since Satya Nadella assumed the role of CEO and pivoted the company toward greater openness and developer empowerment. Regarding the acquisition, Nadella stated, “Microsoft is a developer-first company, and by joining forces with GitHub we strengthen our commitment to developer freedom, openness, and innovation.”

For developers, the acquisition poses some important questions about the future of GitHub, and for good reason. The best-case scenario is that GitHub will be allowed to continue operating nearly autonomously under Microsoft, but with access to the immense resources Microsoft has at its disposal, which may prove particularly useful when it comes to maintaining and improving GitHub Enterprise, the on-premises version of the service. In the announcement blog post from Nadella, he revealed that GitHub will remain open to any language, any cloud, and any target platform: “We recognize the responsibility we take on with this agreement. We are committed to being stewards of the GitHub community, which will retain its developer-first ethos, operate independently, and remain an open platform.”

Microsoft’s ultimate goal in this deal is to build an even closer relationship to developers, especially those working outside of the Microsoft ecosystem. In a confrence call between Microsoft and GitHub, Nat Friedman, the incoming GitHub CEO, revealed that Microsoft plans to make all of its development tools available in the GitHub Marketplace, a central location for a variety of developer tools that launched in 2016. As a strategic opening move for visibility and platform presence, Microsoft is expected to make Visual Studio Code, its lightweight, cross-platform code editor, available on the Marketplace, but no official announcement has been made yet. In addition, robust GitHub integration is expected to be implemented into Visual Studio Code to make using the service a natural part of any developer’s working environment. Leading up to the acquisition, Microsoft became the number one open-source contributor to GitHub in 2016, beating out other titans like Google and Facebook. In 2017, more than 1,300 Microsoft employees actively contributed to 825 top GitHub repos. Based on statistics like those, Microsoft has proven it takes Nadella’s prime directive of openness and empowerment seriously, and is unlikely to obstruct GitHub’s progress, as it continues to grow as the world’s largest software development platform.

If you’re a developer, we’d love to hear your thoughts on what Microsoft’s purchase of GitHub means to you. We’re fans of the service ourselves—it’s where we share showcases and demos of our Essential JS 2 components for web development—and we’re looking forward to seeing how Microsoft enhances and improves it. Let us know what you think about the acquisition in the comments below, or reach out to us on Facebook or Twitter. Better yet, share this post with your colleagues and see how fiery the debate gets!