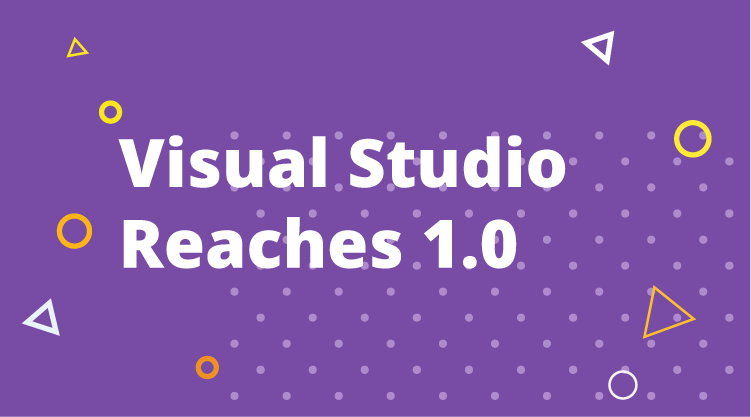 Visual Studio Code was born from how the web and the cloud have shaped modern software development. It was built from the ground up using Node.js and TypeScript, and initially geared toward web developers. After the team behind it made the source code available on GitHub and added extension support in November 2015, Visual Studio Code became much more. Today, debuggers are available for Python, Go, C, C++, React, Ruby, Mono, Unity, and more; dozens of programming languages are supported from Ada to Zephir; and thousands of other tools built by the Visual Studio Code team and the community can be easily downloaded and immediately put to use. In the few months that passed between the open-sourcing of Visual Studio Code and the release of version 1.0, over 300 pull requests from the community were accepted, making the project a sincerely collaborative effort between Microsoft and the developers it aims to empower.

The 1.0 release serves as a mission accomplished list of sorts. As detailed in the announcement blog, the Visual Studio Code team is able to check off its primary goal of delivering an intuitive code editor, one that has Git support built-in and doesn’t encumber the debugging phase of development. The 1.0 release also delivers on important secondary objectives: Visual Studio Code is available in nine different languages, plus fully supports localization. Further, it includes robust accessibility options such as keyboard navigation and support for screen readers for visually impaired developers. All of this, in only a 40 MB download.

If you’ve recently converted to Visual Studio Code, or even contributed to the project, share your experiences with us in the comments below, or on Twitter and Facebook. We’re always glad to hear from you.