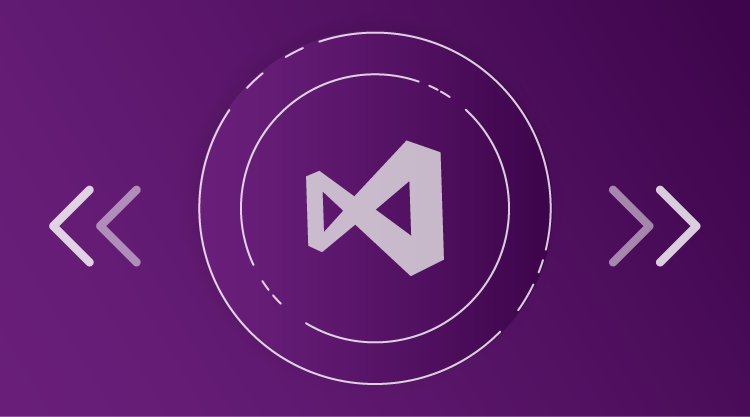 Visual Studio: A Future and a Past

With the Visual Studio 2017 launch underway, developers around the globe are focusing on how the new features in Microsoft’s updated IDE will improve their dev-ops. Because of Visual Studio’s impetus to constantly move development forward, much of the conversation surrounding these launches has to do with what’s coming, not what has been.

But with this release, Visual Studio celebrates its twentieth birthday. To reflect on this notable milestone, Syncfusion asked a variety of developers when they started working with Visual Studio and what features meaningfully changed how they develop.

The majority of people we surveyed said they started working with Visual Studio 6.0, which was released in 1998. The previous year, Microsoft released Visual Studio 97, described in this Microsoft Systems Journal article:

Visual Studio targets developers and teams that create dynamic Web-based applications or other distributed applications. Visual Studio takes all of Microsoft’s development tools, adds a rich set of new tools for creating Web content, and ties it all together with comprehensive documentation.

This initiative to unify all of a developer’s tools in one package has led to an IDE that today supports multiple languages, targets multiple platforms, and includes a multitude of features. When asked for the top, all-time feature, one resounding reply was IntelliSense, a feature Microsoft implemented in the early days of Visual Studio.

“You don’t have to worry about remembering the exact spelling or phrasing for key properties or methods, which speeds up development,” said Nick Harrison (@neh123us), author of SQL Queries Succinctly and two other titles in the Syncfusion’s Succinctly series. “Now with Roslyn and the integrated quick fixes, you not only get notified about potentially problematic code practices, but you can easily have them corrected for you.”

Outside of IntelliSense, developers also cited Visual Studio’s integrated debugging and testing as proven aspects that aid in everyday development. By not having to switch between different environments, such Visual Studio to the Azure portal, development productivity is increased.

“The power of integrated Team Explorer, Codelens in VS Enterprise, and the powerful code editor helped me deliver my work with perfect timing, and with full control of tasks that were assigned to me,” said Alessandro Del Sole (@progalex), author of five Succinctly series titles on Visual Studio, including Visual Studio 2017 Succinctly, which Syncfusion published today.

If you aren’t already watching the Visual Studio 2017 Launch Event, go ahead and tune in to discover more about the direction VS is headed. Presentations continue to run until 3:30 p.m. PST, and tomorrow’s training sessions begin at 8:00 a.m. PST.