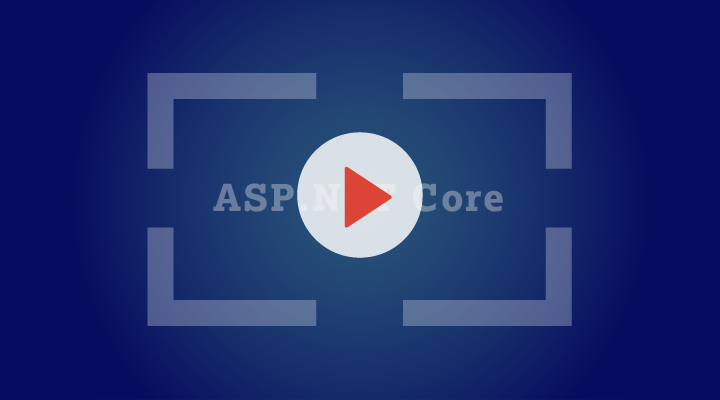 Getting Started with ASP.NET Core by Ugo Lattanzi

Syncfusion has partnered with Succinctly series author Ugo Lattanzi to create a new ASP.NET Core beginner video series. This six-part series aims to introduce viewers to the core features of ASP.NET Core by jumping directly into some common development tasks. Guiding developers through the step-by-step processes behind these tasks, Lattanzi offers a fast way to develop familiarity with the basic operation of ASP.NET Core.

In the first video in the series, “Getting Started with ASP.NET Core,” Lattanzi introduces some of the base functionalities of ASP.NET Core, including the necessary steps to set up a developer machine. He outlines the various options available to users and proceeds to build a simple Hello World application. Along the way, he points out not just what steps are necessary, but what parts of the process are different from what is found in earlier versions of ASP.NET. He also takes the time to recommend relevant resources that can provide greater familiarity with useful middleware, including Owin Succinctly, a free download from Syncfusion.

While only the first video in the series is currently available, a new entry will be posted every week until everything is available. Below you’ll find an overview of what you can expect from the subsequent videos.

The second video, “Managing Static Files in ASP.NET Core,” steps away from broad, basic operations and deals more specifically with how to manage static resources. Lattanzi demonstrates how to set these resources up to fully utilize them in development, from the creation of root folders to file extension methods.

“Logging Information in ASP.NET Core,” the third part of the series, demonstrates how to use the logger, both the built-in option and the downloadable options available through the ASP.NET Core interface. He also demonstrates some of the functionality of loggers in ASP.NET Core, including being able to create multiple outputs simultaneously and understanding how to effectively use classes.

The fourth video, “Handling Exceptions in ASP.NET Core,” addresses one of the most important steps in any development project. Lattanzi addresses not only how to solve exceptions as a developer, but how to address them from a user’s perspective. He produces several specific errors and demonstrates how to address each problem, providing a short but thorough overview of the kinds of problems that developers and users will face.

The final video is “Managing Configuration Files in ASP.NET Core.” Lattanzi walks through the process for creating and implementing configuration settings, allowing the final application to display and function exactly as desired. With this video, this beginner course draws to a close, leaving audiences with a better understanding not just of the basic features, both old and new, of ASP.NET Core, but of the practical implementation of those features.

Syncfusion is proud to be an active participant in the development community, and we hope that Ugo’s comprehensive series is a useful one for developers around the globe. To get started with the series, check out the first video here. To review the code for these videos, refer to the GitHub repository located here. New videos will be released once a week. At fifteen minutes or less each, we hope that you will find the time to fit them into your schedule. As always, we look forward to hearing your feedback on the series, which you can provide in the comments below or on Facebook or Twitter. We especially want to know if you would like to see more video series like this in the future, so please share your thoughts with us.