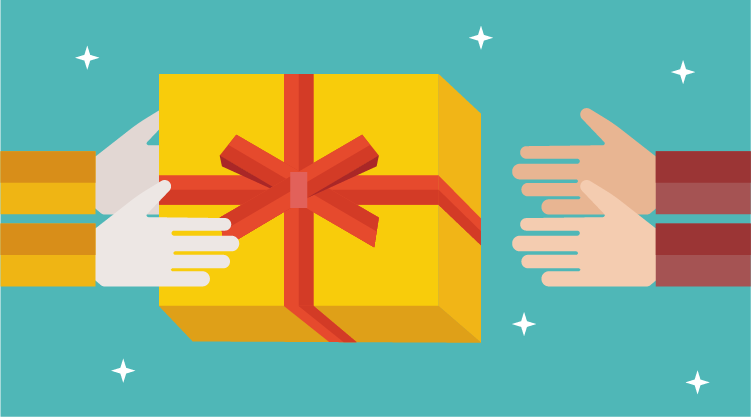 The holidays are here, but it doesn’t quite feel like it at the Syncfusion RTP office. We’ve done what we can. Strings of LED lights outline doorways and cubicle walls. A well-decorated synthetic tree, assembled by yours truly, stands next to the front desk. The music in the halls jingles on about wintry precipitation and spending time with family. The director of technical support even brought in peanut brittle. But step outside the office, and it’s spring: The temperature has been hovering about 20 degrees Fahrenheit above average for this time of year.

No matter how tight we cling to our seasonal traditions, the weather undoes what meager atmosphere we manage to cultivate. Regardless, we must persevere. The holiday season wouldn’t be complete without gift recommendations from Syncfusionites for your tech-savvy relatives and friends. In the name of the season, here we go:

Content producer Morgan Weston is pining for these bamboo earbuds from LSTN. They feature silicon tips to fit any ear canal, and include an inline microphone to make switching from music streaming to a phone call hassle-free. They may be unusually posh in a market saturated with flashy, hip branding, but the 8mm drivers in their bamboo housing give them performance as elegant as their appearance. Plus, bamboo is an easily renewable resource, so these get an extra point for environmental conscientiousness. Even better, each sale benefits the Starkey Hearing Foundation, which provides hearing aids to those in need around the world. Content development manager Tres Watkins also has his eye on an audio accessory, but one that forgoes electricity altogether: a natural acoustic clay speaker. ClayAmps are made to order, guaranteeing each a unique color and shape. They are designed to fit iPhones from the 4s through the 6s Plus, but rumor has it other phones may fit in the dock too. With so many items to plug in and charge these days, it would be nice to have an electricity-free speaker. For the new year, social media marketing manager Jennifer Wright has resolved to be less glued to her iPhone, and the Notti Smartphone Notification Light would be a fun way to help manage her screen time. Funded through a successful Kickstarter campaign, the Notti is a smart light that looks like a small sculpture rather than another tech gadget. It connects to your phone via Bluetooth, and is illuminated with different colors to signal texts, calls, emails, alarms, and anything else your phone could possibly notify you about, saving you from the anti-social habit of constantly checking your phone. Beyond notifications, the Notti can synchronize its color changes with music, or just be set to a specific color to provide the perfect ambiance. My recommendation, dear readers, is the newest member of the Raspberry Pi line of affordable computers: the Raspberry Pi Zero. At a miniscule 65mm × 30mm × 5mm, it is the smallest Raspberry Pi yet, but it is not to be taken lightly. The Zero includes a 1GHz processor, 512MB of LPDDR2 SDRAM, a Mini-HDMI port, a micro USB port, a 40-pin GPIO header, and more. Though you may have to load up on accessories to get to a good starting point with the Zero, the computer itself is only $5. This is the ideal machine for toying around with pet programming projects. I’ve got a historical weather data gadget in mind for myself. That, or an old-school game emulator. Online marketing manager Hillary Bowling has the iBlock near the top of her wish list. The iBlock is a gorgeous cutting board constructed from walnut, maple, or cherry, built with a slot for holding a tablet. This is especially useful for reading recipes from the Internet, and saves users from the kitchen clutter added by most tablet stands. You could use it to watch Netflix while you cook too, though that may be a safety hazard. Like any decent cutting board, the iBlock is reversible with a tablet slot carved into both sides. Because the slots are carved into raised edges, the unused slot hangs over the countertop to anchor the board in place. The iBlock showcases modern utility in classic form. Content producer Darren West suggests the newest wireless solar-powered keyboard from Logitech. Though it is designed to be used with iPads, iPhones, and Macs, the keyboard is compatible with Bluetooth-enabled Windows and Android devices. Best of all, the keyboard can connect to up to three devices simultaneously, and switch which one it is typing to with the press of a button. The row of solar cells at the top of the keyboard can charge it with natural or artificial light. According to the specs, the keyboard can last for three months on a full charge, meaning you can stay glued to your computer in total darkness until well after the holiday season is over. What gizmos have been on your mind as the year comes to an end? Let us know in the comments, or on Twitter and Facebook. They don’t have to be techy, but that’s definitely what we’re into. Happy holidays!