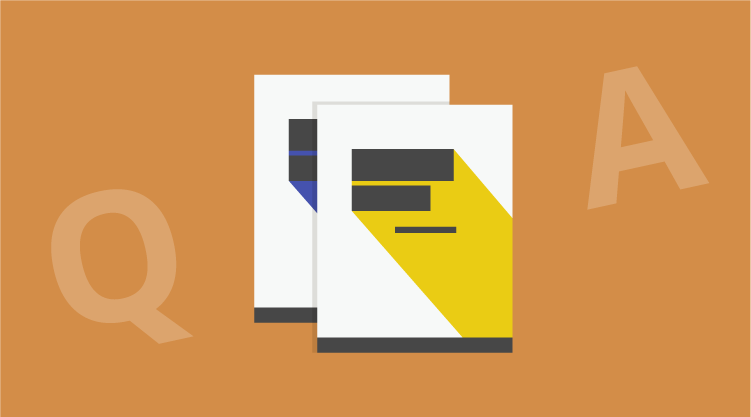 This interview with C# Succinctly author Joe Mayo is part of a series of Q&A blog posts with our Succinctly series authors.

Why write a book for Syncfusion?

Having read a few Syncfusion books, I was already a fan. The ability to have a condensed version of a subject is very useful, especially when you need to get started quickly. It had crossed my mind that I would like to write a Succinctly series book because I think it’s a unique and useful way to educate people. Last year, I was at Xamarin Evolve 2014 and had the pleasure to meet Hillary Bowling. Once I learned she was the acquisitions editor for the Succinctly series, I didn’t hesitate to discuss the possibility of writing a book with Syncfusion. That worked out and here we are today, with C# Succinctly, which was fun, fulfilling, and hopefully useful for a lot of people.

Are these books your first technical manuals?

I’ve done a lot of technical writing, including articles, tutorials, and books. My first book was C# Unleashed, and I went on to write two more books with Sams. In 2008, I teamed up with a group of other MVPs to write ASP.NET 2.0 MVP Hacks and Tips for Wrox. More recently, I wrote Visual Studio 2010: A Beginner’s Guide and LINQ Programming for McGraw-Hill. Not really a technical manual, but some early technical writing, I opened the C# Station Web site on July 4th, 2000, writing articles and tutorials on C# and related subjects. I also have 182+ Wiki pages on Github documenting my open-source project, LINQ to Twitter.

What is your favorite outdated technology?

My favorite of yesterday is influenced by popular emerging technology of today. Looking around at all the devices and how much a part of our life they’re becoming, wearable devices like Microsoft Band and Apple Watch are at the forefront. This all reminds me about one of the first wearable devices I ever used. Early in 2004, Microsoft introduced the Smart Watch. It had a calendar, messaging, news, and could even tell time. At a time when watches were continuously getting thinner until they disappeared from the wrists of many users, the Smart Watch stood out as a hulking lump of metal hanging on your arm. Really, it wasn’t that bad, but certainly noticeable. The service was managed by MSN direct and served over FM radio channels. It was a great device for a few years, but the end came in 2008 when Microsoft announced they would discontinue the service. Subsequently, the FM communication channels were finally shut down in 2012. While my uber-geek conversation piece has been in mothballs (really, just on a bookshelf) for years, I smiled wryly watching the media fawn over the genius of the Apple Watch. This is what makes the Smart Watch my favorite outdated technology today.

4. What have you learned since writing this e-book about C#?

The learning opportunity was one of the original motivators for writing this book. Although my previous books are sold in electronic venues, this is the first book I wrote whose primary domain is electronic. While words flow well in most contexts, code is different because of the space available for people reading the book. It was something I thought about and tried to make the reading experience more pleasant with techniques such as reducing spacing and breaking up strings, while not using too many lines.

Another aspect of this series is the size of the book. After having written 1,000+ page books, the thought of an 80-100 page discipline looked like a challenge. At the same time, you want a meaningful work. So, instead of my typical verbosity in description and extension of example and possibility, I quickly drilled down to the essence of the problem and focused on single points to illustrate what the reader needs to know.

The entire process has helped me grow as a writer as I’ve learned new ways to express myself in a new format. I hope C# Succinctly will be beneficial to a lot of developers.

5. Do you have another reference that you would recommend to people interested in C#?

While there are a lot of resources for learning C#, there’s one in particular that’s new and interesting. As you might know, Microsoft has been contributing a lot of their code to open-source lately. One of those open-source project is Roslyn, the code name for the new Compiler-As-A-Service, which you can visit on Github (https://github.com/dotnet/roslyn). The Roslyn site has more than just code. It contains updates on the languages that Roslyn supports, including C#. You can visit this site and get the latest information on the new features of C# 6.0 as it’s being released. More than that, the Microsoft C# team has been opening their design process and has begun discussing C# 7.0, and you can find the whole discussion, with the community, on the Roslyn site. If you’ve been around long enough, you would recognize that this is a historic shift by Microsoft. You can visit the Roslyn site, see what the latest news is, browse the C# compiler code, and interact with the C# team!