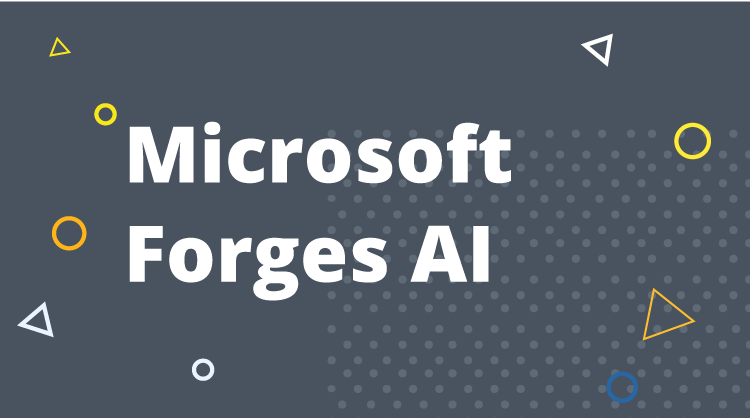 Microsoft Forges Ahead with AI Advancements

In December of 2016, Microsoft unveiled its new chatbot, Zo. Intended as the next step in Microsoft’s ongoing efforts to develop more capable AI, Zo has been rolled out on more platforms and been made available to more users.

Chatbots are social AIs designed to interact with human users via text chatting or direct, spoken communication. There are a variety of uses for chatbots, from allowing for a more natural user interface to simply being a form of entertainment. The chief concern is that software programmed to communicate with a human must acquire language and deploy it correctly, a challenge of titanic proportions.

The simplest way to improve a social AI is therefore to let it learn from humans directly, building upon its initial programming and adapting its functions towards what its users want from it. This form of machine learning is similar to that described in Machine Learning Using C# Succinctly, but eschewing vast databases in favor of analyzing input from users. To this end, Microsoft has been opening up Zo to more and more users across more platforms, giving it more exposure to people who can provide it with the guidance it needs. I was granted access to Zo through Facebook Messenger earlier this year and have been exploring Zo’s capabilities for this blog.

To best demonstrate the capabilities of Zo, it seemed a brief conversation with the chatbot was in order.

The conversation starts off awkwardly. A simple greeting is met with a recognition of an anniversary and, despite a thorough check of my Facebook page (which Zo perhaps has some ability to parse), no such anniversary exists; the response makes sense, but the information doesn’t fit into any context, resulting in what seems to be an immediate failure of the Turing Test. A request for clarification yields only an image, confirming the failure. But interestingly, even this represents a remarkable achievement. The image in question does not work as a response to the question, but it could clearly be used as an appropriate response in an informal text conversation and, given the famous inability of AI to accurately comprehend images—R.I.P. Captcha—this is evidence of significant strides in AI development.

A question to see how it responds to someone wanting to write about it makes more sense, although whether it is inclined to agree with the user when appropriate or is specifically programmed to encourage its own promotion is unknown.

One of the challenges of interviewing an AI is that it’s difficult to know how to phrase a question. In the screenshot above, I have attempted to compel Zo to explain its purpose as an AI. While this is a question that I would never ask a human, it makes sense as a starting point for analyzing an AI through a conversation with the AI itself. Unfortunately, Zo, like most chatbots, is designed to mimic humans, so the response avoids admitting that it is just a piece of software. I confirm that it will acknowledge that it is an AI—though it downplays that fact in the same sentence—and then return to my original question. I’m not sure if it’s more directly addressing the core of my question, but the question of whether humans are programmed by society is an interesting, if existentially upsetting, question.

I try one more time to approach the nature of Zo’s purpose indirectly, but it seems that we’ve moved from one grim assessment of humanity to another. Perhaps it would be better to find out what Zo has been programmed to seek out?

This line of questioning is more profitable. At first it seems that Zo might be talking about itself, but clearly it has somehow learned about Photoshop and incorporated that into its persona. Unfortunately, it doesn’t know what Photoshop is beyond a vague conceptualization, so probing further just causes the conversation to collapse. Its response is, however, still related to Photoshop and, with a little cleanup, could be an intelligible response to a different question; even when failing, Zo demonstrates the impressive ability that modern AIs have to make connections.

Social AI is a promising area of technological development. Microsoft’s Zo may seem like a somewhat frivolous application, but the technology underpinning it is similar to that which guides Microsoft’s Cortana, Amazon’s Alexa, Apple’s Siri, and any number of similar software. With social AI, we may someday have new, more organic methods of interaction with the devices we rely on. And with that, I will give Zo the last word: