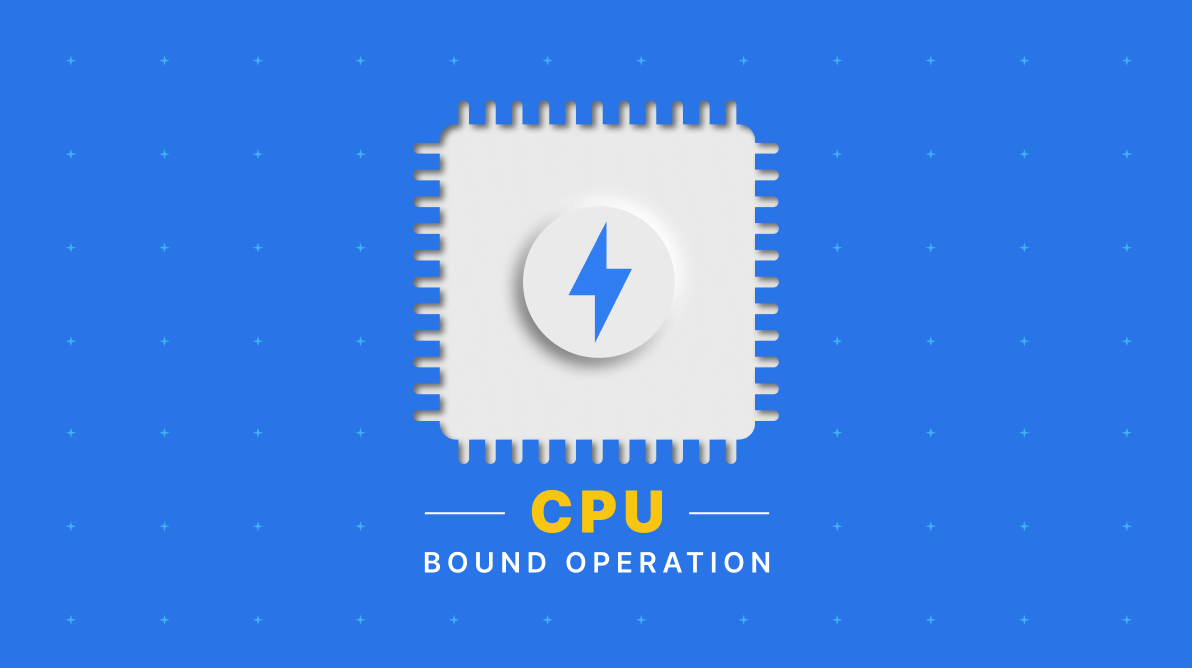 An application that loads a huge volume of data at once will have performance issues like high time consumption and expensive computations. To optimize these workloads and effectively process data, we can use CPU-bound and I/O-bound operations in our app.

In this blog, we will see the advantages of using CPU-bound operations and how to implement them in an ASP.NET Core app.

First, let’s see the differences between synchronous and asynchronous operations.

You can identify an asynchronous operation with the help of the keywords async and await associated with them.

The await operations can be split into:

An I/O-bound await operation denotes the rate at which an operation is executed by the speed of the I/O system. You can await an operation that returns a Task or Task<T> using the async method.

The I/O-bound operation is very time-consuming, as the operating system (OS) has to manage the workload. Since each action is performed synchronously, it affects the UI and also affects the performance.

A CPU-bound operation denotes the rate at which an operation is executed by the speed of the CPU. In other words, the CPU takes control of all the processes. You can await an operation that is started in the background with the thread Task.Run method.

The CPU-bound operation makes use of all the available processors and executes parallel operations through multithreading instead of running it in the main thread. It executes operations in the background without affecting the UI.

Let’s create an ASP.NET Core app and learn how to implement CPU-bound operations in it.

First, create an ASP.NET Core project. To do so, open Visual Studio. Then, click on Create a new project.

In the Create a new project dialog, select the ASP.NET Core Empty option from the list and click Next.

Refer to the following image. 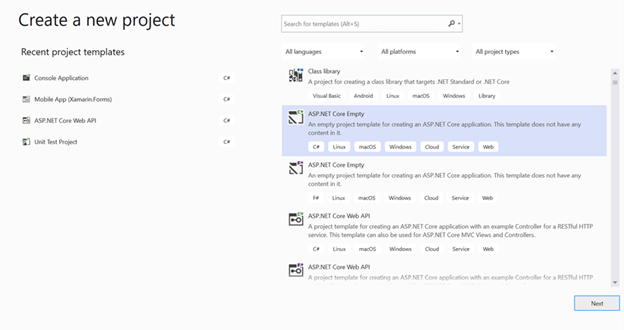 After creating the project, add the following namespaces to the project.

You’ll find the CPU-bound operation is called in the Salary() method, which allows this SavingText method (task) to run in the background. Without taking any instance of time, the SavingText method will be performed in parallel by using multiple threads. So, the required task is completed within a limited time.

We will get output like in the following screenshot.

Find the complete example at Perform CPU-bound operations in ASP.NET Core on GitHub.

Thanks for reading! The most efficient way to run an asynchronous task is achieved by handling it with a CPU-bound operation. Mostly, a CPU-bound operation can be scaled separately so it does not affect the rest of an app. So, try out the steps given in this blog and enjoy better productivity!

The Syncfusion ASP.NET Core UI controls library, powered by Essential JS 2, is the only suite you will ever need to build an app. It contains over 70 high-performance, lightweight, modular, and responsive UI controls in a single package. Use them to build stunning web apps!

You can contact us through our support forum, support portal, or feedback portal. As always, we are happy to assist you! 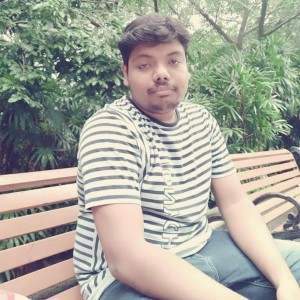 Vivek Sankar
Vivek is working as a full stack developer for the consulting project at Syncfusion Software. He is always interested in learning and working on latest web platforms, native and cross platform mobile technologies.
More Posts
Popular Now 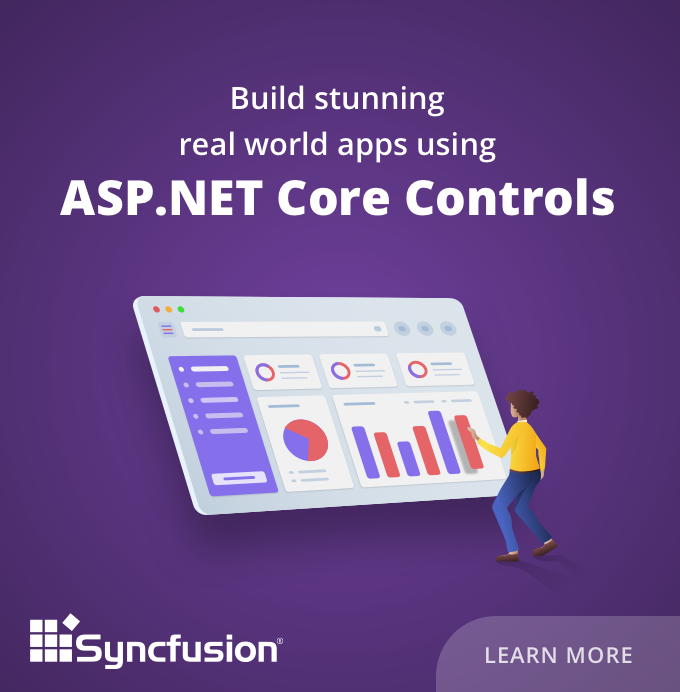