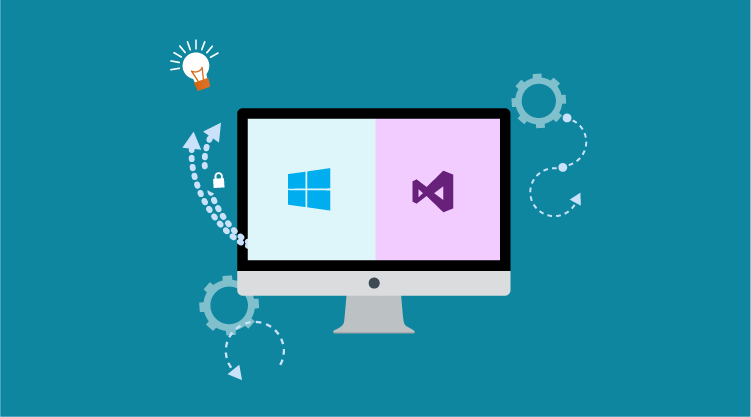 What’s Next with Microsoft Visual Studio 2015 and .NET

Microsoft is delivering the next generation of the Windows operating system and a new ecosystem of developer tools with Visual Studio 2015. There are so many exciting new features that will make you more productive than ever, but also important new ways of thinking about application development that will change the way you think about mobile and cloud apps. In this blog post I will give you some information about what’s coming with Microsoft’s development platforms.

.NET 2015 is the name of a new vision of .NET, which includes the .NET Framework 4.6 and .NET Core 5. The .NET Framework 4.6 is the full framework that you know from the past, and is the one you use to build WPF, Windows Forms, and ASP.NET Web applications. It provides many bug fixes, improvements, and some new APIs. .NET Core 5 is a new modular framework which will run on Windows, Mac OS, and Linux systems. .NET Core 5 provides the base framework for ASP.NET Core 5 and Windows 10. Apps you build for .NET Core no longer need to reference the full framework—instead, they ship with only the NuGet packages they effectively need. The .NET 2015 release also marks a new era for Microsoft, because most parts of .NET Core are open source and the company is targeting additional platforms other than Windows. Microsoft cares so much about open source that they also created the .NET Foundation community, which contains, among the others, the full list of their open source projects.

Windows 10 is the next generation of Windows focusing on the cloud-first, mobile-first vision of Microsoft. Windows 10 will run on any kind of device, such as PCs, tablets, smartphones, Xbox One consoles, IoT devices (like the Raspberry Pi 2 board), and the new Surface Hub, a 54” touchscreen device for collaboration. Windows 10 will also empower HoloLens, the holographic computer, which allows creating holograms from applications that you can see and interact with, even in your office or at home. From a developer perspective, Windows 10 has a common core of APIs that you can use to build Universal Windows Apps, apps that you truly code once and that will run on any Windows 10 device. You will be also able to leverage hardware-specific features via additional Windows SDKs. Windows 10 apps rely on the .NET Core framework and on the .NET Native compiler; with .NET Native, apps are compiled into native code directly and will startup and perform 60% faster than other managed apps.

With the .NET Compiler Platform, Microsoft has open-sourced the C# and Visual Basic compilers, which have been completely rewritten in managed code. With the .NET Compiler Platform, compilers now also expose APIs that developers can leverage to build amazing developer tools, such as analyzers and code refactoring. They can then integrate into Visual Studio’s code editor to provide domain-specific analysis for code issues, providing the proper fixes. Both the C# and Visual Basic programming languages introduce new features, such as (but not limited to) the null-propagating operator and auto-implemented read-only properties, plus language-specific features.

The Microsoft Azure platform has been enriched with new services and reorganized to provide the best experience with existing services, like Azure App Service which includes the former Azure Web Sites and Mobile Services. Among others, Azure has now support for Application Insights, a new preview service that provides telemetry for your applications so you can have deeper control over how your apps’ features actually work. With support for Web and mobile applications, data and storage, mobile devices, IoT devices, integration, networking, and analysis tools, Microsoft Azure is a mature, complete, and powerful platform that businesses should really consider when thinking about Cloud investments.

In summary, what developers are going to get in their hands in the coming weeks is truly amazing, and opens up incredible new opportunities for both business and entertainment.