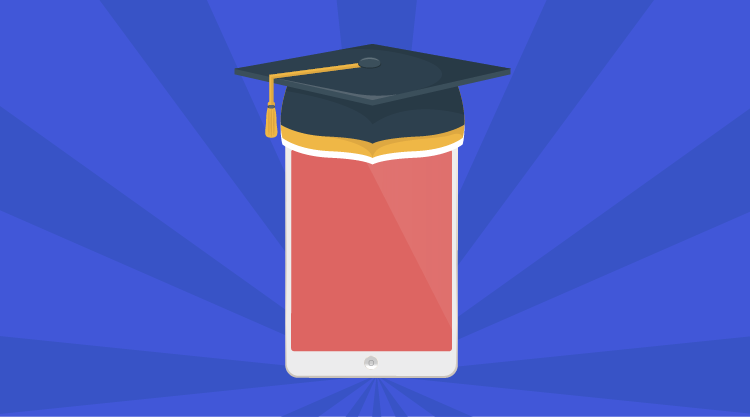 You’ve probably seen this: A young, very young, child opens a print magazine and presses her fingers against the paper, brushing against a model’s face, swiping from left to right. Then the child looks to what we assume is some trusted adult off camera. The young one has a look of dismay—the images, icons, and other objects, why don’t they move?

This popular YouTube video epitomizes the expectations tomorrow’s pupils will have regarding not just why, but how they are educated. It brings to light the powerful role mobile devices will play in learning. It reminds today’s developers that the proliferation of mobile devices in the social sphere will not only migrate to the domain of enterprise, but to that of education as well.

A fact that brings us to Apple, who has education in their sights, and how their movement into schools and universities appears to be well-received by academia, but why?

Is it due the bounty of educational offerings found in iBooks 2 and iTunes U? Perhaps not. As Time.com blogger Jared Newman points out, right now there are not nearly enough textbooks available to accommodate most schools’ curriculums. Publishers won’t create iBook textbooks until iPads are in most institutions, and those institutions won’t be able to justify spending on iPads until there’s a plethora of textbooks.

Is education’s propensity toward the iPad brought on by the discount received when a school buys in bulk? Probably not. For now, the discount schools receive is the same as any student—the same you and I would receive if we were enrolled in school. Even with the discount, you’ll still find that other devices are less expensive.

Does it simply suffice to say that Apple is the best tablet on the market—that its dominance in the consumer sector justifies its pending overtake of education? Well, what one declares best tablet depends on what you need that tablet to do. For integration with iPods, iPhones, and Apple TV, yes, iPad wins. But think about this: Deploying custom apps is easier with other devices. A device that runs on Android, for example, would more readily allow a university to deploy its own applications—it would be easier for students to create and test apps written in class.

Flash isn’t supported. I know there are technical justifications for this, but it is still a technology widely used across the Web; does it deserve to be completely ignored? Like it or not, a lot of information isn’t accessible right now if one averts his or her eyes from Flash.

Finally, there is the issue of screen size. If you choose iOS as the educational standard, then you will always be bound to Apple hardware, whereas other platforms provide more options in screen size. For some academic purposes, a screen as small as the Kindle Fire would suffice. Other students might need a device with a louder speaker than that found on the iPad.

And let’s not forget another important factor—one that hasn’t arrived yet—Windows 8.

Microsoft will launch into the tablet scene with great deliberation, and it will do so already having in its arsenal powerful enterprise tools, ones we all know—Word, Excel, Outlook, etc.

Many of you, and I include myself, remember the value you placed on the Office suite when you were in school. That hasn’t changed.

Microsoft products are still the business tools of choice for most companies. If we acknowledge that part of a school’s mission is to prepare students for entry into the workplace, then is it too farfetched to give students a device capable of running Microsoft products?

Let’s not forget, for a long time Apple has forgone developing powerful business apps; instead, they’ve attended more to the needs of musicians, music fans, moviegoers—not so much to accountants and brokers.

Without any doubt or reservation, we can say that tablets will facilitate one of the most fundamental changes in education since the bound book itself. There should be no hesitation in getting these devices in the hands of students, but as school districts and universities invest in such instruments, ones that will advance their educational agendas, they should base their decisions on what is pragmatic, not what is popular.

Pretty! This has been an extremely wonderful article.

Thanks for providing this information.

Very soon this web page will be famous amid all blogging users,
due to it’s nice articles or reviews