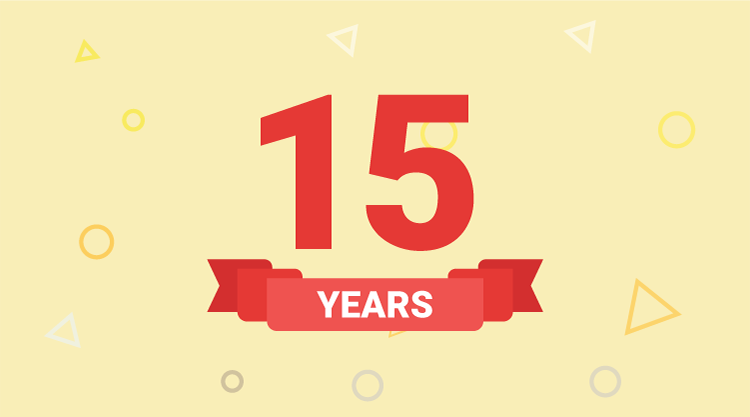 Syncfusion has always pushed itself beyond the boundaries of what is expected of component vendors. From the first release of Essential Suite in 2002, we made the source code of our components available so that developers could wring from them precisely the functionality they needed. When we debuted Orubase in late 2012, we offered it as a free beta to help jump-start developers’ mobile application efforts and to better gauge what the industry needed from a hybrid mobile solution. Metro Studio, our free collection of more than 7,000 flat, modern icons, saved countless hours of design time for developers on the then-nascent Windows 8 environment, and it continues to save developers from headaches across all kinds of platforms and devices to this day.
These landmarks are just a few examples of how Syncfusion has actively endeavored to provide important, accessible resources to the developer community. No achievement highlights this more than the Succinctly series of free e-books. When we published the first title, jQuery Succinctly, in May 2011, we weren’t sure how well it would be received. Fast-forward five years: The series has grown to more than 90 titles, covering diverse topics ranging from assembly language to Xamarin.Forms development.
The root of these resources can be traced back to the early days of Syncfusion and the Windows Forms FAQ it maintained. We’ve decided to republish the following firsthand account of the Windows Forms FAQ, written by Syncfusion Director of Technical Support Clay Burch, to explain how important our fist FAQ was to developers.

“Syncfusion’s Windows Forms FAQ played a significant role in introducing Syncfusion to the .NET community. Both Syncfusion and .NET were new in 2001 and 2002 as Syncfusion was building its first products. Early on, it was decided that one way to publicize the Syncfusion brand was to produce a FAQ that would serve as a resource for the .NET community. FAQs for earlier technologies, such as MFC, had served to bring people to websites and generally reflected positively on the company that sponsored such efforts.

“Syncfusion was working exclusively with Windows Forms at the time, so doing a Windows Forms FAQ was a no-brainer. The Syncfusion technical team worked on a core couple of hundred entries to provide the critical mass for the FAQ. The source of these entries was the knowledge our team had gained as we developed our Grid and Tools suites.

“After the initial push to go live, it quickly became obvious that the online forums and newsgroups were an endless source of new questions and information that we could include in our FAQ. So, I got into a pattern of checking various newsgroups many times a day. As new questions were posted, I quickly decided whether a question would lead to a FAQ entry or not. If so, there was a rush to find a solution, prepare a FAQ, and then get it published to our website before anyone else could respond to the new question on the message board. We actually had an infrastructure available to complete the whole process in only a few minutes.
“It became a game for us to see how fast we could go from seeing a question in a forum to posting a ‘FAQ’ solution to the forum thread. We tweaked our FAQ writing and FAQ publishing infrastructure to facilitate responding to forum questions with scripted text referencing FAQ entries. The major piece of the required time was actually solving the issue and verifying it. Once that was done, we could produce and publish a FAQ entry with code snippets and samples to our website in less than two minutes. In some cases, less than 10 minutes after a question was posted on a newsgroup, a response was added to the thread saying you could find a solution in the Syncfusion Windows Forms FAQ.
“We have both anecdotal evidence and real evidence that our Windows Forms FAQ was successful beyond our expectations. Because of its success, Syncfusion has since published additional FAQs on ASP.NET and WPF. The Windows Forms FAQ certainly provided major traffic to our website in the early years. Last year, I was having dinner with a group of people from a large Indian consulting firm. One of the senior consultants for the company had this to say: ‘When I hear Syncfusion, I think of your data grid FAQ. Whenever I wanted to know how to do something with a data grid, I found it there. I owe my career to that FAQ.’”