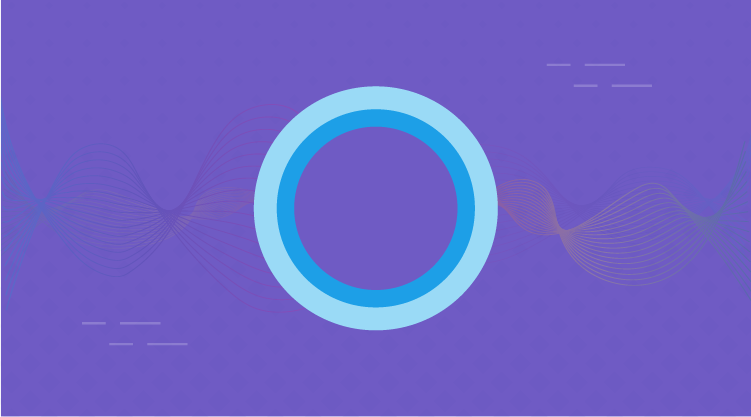 Cortana and Siri Forced to Make Room for M

Apple’s personal assistant Siri has been a pop-culture icon in United States since its debut three years ago in iOS 5. Google Now has been on Android devices since 2012, but it doesn’t get much notice, probably because it lacks an identifiable personality. It’s more superb voice command interface than something that can potentially entertain you with jokes and passive-aggressive responses. Cortana, Microsoft’s digital assistant, has only been serving the public for a few months, but has made its way onto more than 75 million Windows 10 devices. In a few more months, Cortana will be integrated into a new Xbox One dashboard, and, in a bold move that directly opposes Apple’s exclusivity-yields-loyal-users strategy, Microsoft has plans for Cortana on Android and iOS devices in the near future. This slow, steady emergence of digital assistants was shaken up on August 26, when Facebook surprised select users with its own digital personal assistant, M.

M is built into Facebook’s Messenger app, and as of now it is only available to a few hundred users in the San Francisco Bay Area. M sets itself apart from the ranks of Siri and Cortana by being an integrated feature of a messaging app, rather than integrated throughout the device. This immediately gives Facebook’s assistant two distinct advantages. First, it sets a new, platinum-level feature that had never been expected in messaging apps. Second, by not being tied to a particular device or hardware, M could theoretically reach 1.31 billion users,—Facebook’s active mobile user count as of June 30, 2015, though not all mobile users use the Messenger app—putting it on course to match Cortana’s scalability across Windows and other platforms in the future.

Another advantage of M is that it has humans behind the scenes to help it along. Whenever M is prompted with a simple question like, “How is Facebook stock doing today?” the digital assistant can immediately provide a response. For more complex questions, such as recommendations, a human will be behind the scenes, performing the searches necessary to provide an answer. To Facebook’s credit, end users won’t be able to tell the difference between M the A.I. and M the human. All responses from M appear as direct messages, as if they were chatting with any other user on Facebook Messenger.

Is It Human, or Is It A.I.? (photo courtesy of Facebook)

Where M stumbles in the arena against the big three digital personal assistants is its initial obstacle to access. Cortana, Siri, and Google Now are all immediately accessible through a key voice command, like, “Hey Cortana” or, “OK Google.” To interact with M, users have to manually open the Facebook Messenger app on their device and then send a text message to M.

Another glaring disadvantage of M is the very edge that enables its potential massive scalability: by not being tied to a specific device platform, M can help anywhere, but it cannot be deeply integrated into the device hardware. M can’t access and work your contacts, GPS, calendar—all the features that have made Cortana, Siri, and Google Now so popular and tangibly useful. Without that complete user experience, it may be a bit baffling as to what exactly the purpose of the assistant is. It’s not unreasonable to ask whether M is intended as a long-term Facebook product, or an extended experiment in A.I.

With the steady creep of personal digital assistants across devices, the question must be answered: to what end? The cynic will categorize digital assistants as instruments of data collection and behavior monitoring for the purpose of targeted advertising. If digital assistants don’t translate into market share and profit, they’re going to be cast off as failed experiments. The optimist will see M and its ilk as progress toward a high-tech sci-fi utopia where embedded computer systems simplify every facet of daily life, and virtually everything will have the same synthesized, vaguely feminine, almost-human voice. How do you think M will fit into the field of digital personal assistants? If you’re lucky enough to be in the initial test group, let us know how it’s going in the comments below, or on Facebook and Twitter. If you’re an M outsider like us, feel free to exercise your tech punditry skills as well.