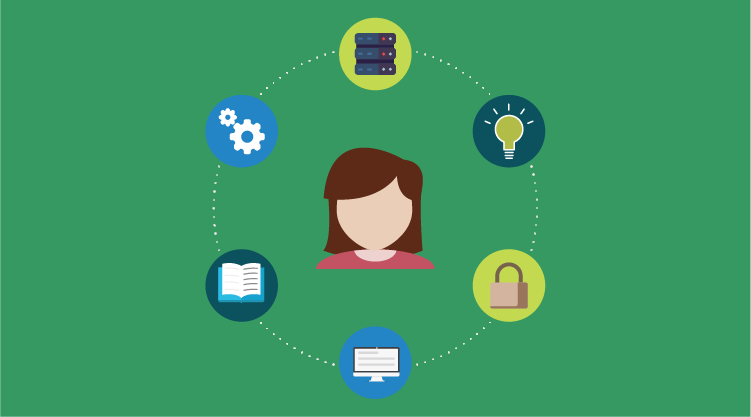 A Brief History of Women and Technology

As covered in an earlier post, Syncfusion is celebrating women in science, technology, engineering, and math (STEM) until December 10. To truly honor the achievements of women in STEM, however, it’s important to recognize those whose contributions stand out as especially significant. Over the course of the next several weeks, we will look at a number of these women in detail. This post will serve as a preview of just some of the women we intend to profile during this celebration, with a special focus on those who contributed to the computer science fields that Syncfusion and the wider development community thrive in today.

We briefly mentioned Ada Lovelace in the earlier post, but no discussion of women in tech is complete without her. Working in the early 19th century, she is generally credited with writing the first functional computer program. However, as impressive as this is, it does little to illustrate her great skill and unique approach to mathematics that made her a distinctive mathematician. Jumping forward in time considerably, we will examine the programmers of ENIAC, an early computer used by the U.S. military after World War II. Though ENIAC was notable for a number of reasons, we will focus on the fact that its six primary programmers and one of its designers were all women. Besides performing a specialized and important task at a time when women were all too often denied such opportunities, they demonstrated mastery of computer skills that are totally unlike those of today, showcasing the great strides we have made and the ingenuity of computer science pioneers.

Adele Goldberg has been contributing to the development of computer programming since the 1970s. Chief among her accomplishments is the development of the Smalltalk-80 programming language that would go on to influence the Macintosh operating system. Modern GUIs can trace their design standards directly back to Goldberg’s original work. The final woman of note that we’ll preview in this post is Grace Hopper, whose long career was at the forefront of many of the 20th century’s advances in computer programming. She worked as a programmer with Harvard’s groundbreaking Mark I computer, which saw use in the latter parts of World War II. She wrote the first functional compiler in 1952, and was instrumental in the creation of several programming languages. Most remarkably, her many contributions to computer science were in addition to a historic and wildly successful career in the U.S. Navy, making Hopper one of the most renowned women to ever work in computer science. This post includes just a small sampling of the many women who have made significant contributions to STEM fields throughout history. We wanted this preview to highlight women who worked in fields more closely related to Syncfusion’s areas of expertise, but over the next several weeks we will be celebrating women from a wide range of other professions. We hope this post piqued your interest, and we look forward to exploring the rich history of women in STEM fields with you.

In the meantime, let us know which women in STEM have inspired you the most in the comments below. You can also join the conversation on Twitter by sharing your thoughts with us @Syncfusion, and by using the #WomenInTech hashtag.